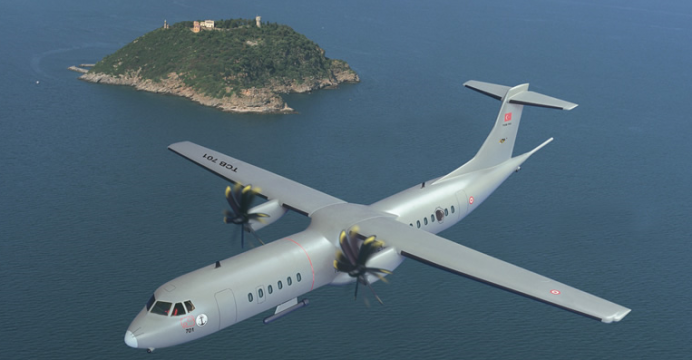 Giovanni de Briganti’s report (Defense Aerospace), Why Airbus and Leonardo May Fail to Swap Businesses offers a strong overview of the challenges ahead for Leonardo in its attempt to buy Airbus Group’s ATR shares. One of Briganti’s observations, i.e. the reality that Airbus’ shares would provide Leonardo with controlling ownership of ATR, and therefore, the ability to bring a 90-seat ATR to fruition, which in turn (as per Briganti) would enable Leonardo to offer a comprehensive special mission aircraft platform to compete against Airbus Defence and Space (DS)’s C295.

The ATR’s intrinsic affordability, which was imbued thanks to the scale generated by the more than 800 aircraft built and in use globally, is not the goal in of itself. The affordability is the delivery agent for fully accessing the developing world and cost-sensitive defence market. Airbus DS has seen – and continues to see – growth in this segment, namely through its venerable C295 platform, an enlarged and upgraded variant of the C-235 tactical cargo lifter that was jointly developed by Spain’s CASA and Indonesia’s IPTN in the 1980s. Airbus DS recently secured a C295W sale for one aircraft from Bangladesh.

A cursory glance of Airbus DS’ C295 sales indicates that the mainstay of aircraft sold has primarily been for logistical support and tactical lift purposes. However, efforts are underway to present special mission variants of the C295, such as an air-to-air refueling (AAR) tanker, anti-submarine warfare (ASW)-capable maritime patrol aircraft (MPA), close air support (CAS) gunship, and airborne early warning and control (AEW&C) aircraft. Airbus DS is evidently investing in preparing the C295 for a wide range of special mission applications, and an underlying theme in each of its projects is relative affordability and accessibility.

Airbus DS’ principal method of bringing its programs to fruition is to draw on outside vendors as sources of subsystems. The C295 AEW&C program is being developed using Israel Aircraft Industries (IAI) and ELTA’s AESA radar. The C295 gunship will be armed using munitions from the Turkish vendor Roketsan. In several cases, the off-the-shelf subsystems are already benefitting from adoption (be it in the local market of the vendor or their other exports). For Airbus DS, costs are managed at every level of the chain.

At the other end, Leonardo has pitched the ATR-72 as an ASW-capable MPA. Taking up controlling ownership of ATR will enable Leonardo to command comprehensive platform and subsystem control, at least more so than Airbus DS in some respects. For example, Leonardo has direct access to modern sensor technology thanks to its Selex ES branch’s work in a range of active electronically-scanned array (AESA) radar applications. For example, the Leonardo SeaSpray AESA radar line can be applied to MPAs.

In contrast to Airbus DS, Leonardo can source a higher proportion of key subsystems for its proposed ATR line-up internally. There is likely an internal motivation to draw on company programs for end-solutions to scale and distribute the research and development (R&D) overhead. Control over the ATR platform will enable Leonardo to package what could be considered expensive subsystems without necessarily making the end-solution (e.g. the ATR MPA) into a cost-prohibitive product (note: the ATR is a low-cost platform, which should offer ample vertical space for subsystem selection).

Currently, Airbus DS does possess a more diverse line-up of special mission applications for the C-295 in comparison to the ATR-72, which Leonardo has only positioned as an MPA. However, outside of transport, the maritime mission sphere is the area the C-295’s special mission form has seen the most adoption.

Airbus DS and Leonardo are positioning themselves to push into the cost-sensitive market. Whether a result of tighter budgets, limited supplier accessibility, and less strenuous defence and security needs, this market is ripe for the C295 and ATR-series. Outside of rare ‘giants’ such as India, the clear majority of this market will not be applicable for platforms such as the Boeing P-8 Poseidon. However, fully capable MPA versions of the C-295 and ATR-72 – especially those capable of ASW and anti-ship warfare (AShW) – could be a different story, especially if the package is offered at one-quarter of the price of a Poseidon.

This is the larger market. Granted, Airbus DS and Leonardo may not accrue margin, but they will certainly benefit from volume. In fact, if cost and complexity are reduced, the entry threshold for countries one may not even associate with conventional defence needs – such as Equatorial Guinea – may emerge as prospective special mission aircraft customers. In fact, sensitivity to cost is not specific to developing world markets, emergent NATO powers and more established powers beset with austerity are also prospective markets for Airbus DS and Leonardo.