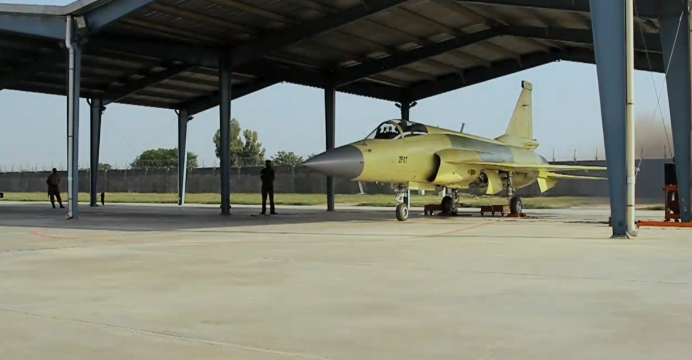 In an interview with defenceWeb, the Chairman of Pakistan Aeronautical Complex (PAC), Air Vice Marshal Arshad Malik, outlined how PAC – in partnership with its Chinese partners – was looking to make inroads in the African defence aviation market.

Simply put, PAC is heavily leaning upon the JF-17’s low acquisition and (in some respects) low maintenance and operational costs. The core message being conveyed to the market, particularly the developing world market in Sub-Saharan Africa, is that sophisticated air warfare capabilities could be had affordably. These elements are proving to be critical for the Pakistan Air Force (PAF), which has had – and continues to have – difficulty in procuring new off-the-shelf platforms with current and emerging air warfare subsystems.

Of course, not all markets will require the same set of solutions as the PAF, which is beset with a daunting air defence and air interdiction mission. In Sub-Saharan Africa, complex anti-air warfare (AAW) needs are not a priority, but rather, precision ground-attack, close air support, and intelligence, surveillance, and reconnaissance (ISR) are primary mission goals for most air arms.

However, the low-cost and (comparatively) low-technology element could work against the JF-17’s market prospects, especially as the lower cost light attack and ISR platforms – such as the Paramount Group Ahrlac – enter production. The combat aircraft market is being bifurcated with top-of-the-line multi-role fighter solutions on one end, and very low-cost platforms. In fact, the Embraer A-29 Super Tucano has made a number of inroads in the Sub-Saharan African market as a low-cost attack platform.

That said, some markets could still be open to inducting a low-cost multi-role fighter. It is possible that Pakistan – in tandem with China – may seek to build active interest in Sudan, which still maintains a fairly conventional form in terms of its defence needs. The JF-17 could be positioned as a viable replacement for Khartoum’s MiG-21, MiG-23, F-6, and F-7.

The JF-17’s market potential may still be limited, especially as an increasing number of developing world air forces pivot to light platforms such as the A-29. If there is a market-oriented objective on PAC’s part, it may be prudent for PAC to examine other product segments.

This is not to suggest that work on the JF-17 could be scaled back, the program is essential to the PAF’s fleet modernization goals and will remain as PAC’s marquee program. However, that should not be viewed in terms of exportability and market potential. For example, in terms of volume, the Super Mushshak is securing many more customers. For PAC, its accessible markets may not be as vast or deep enough to sustain multi-role fighter purchases, but instead, may prefer simpler and lower cost platforms.