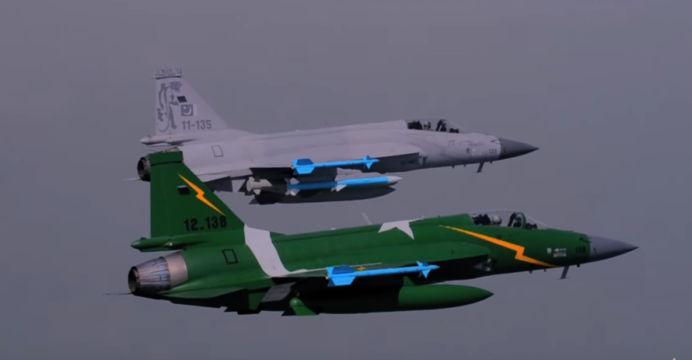 According to a press release by the Russian Ministry of Defence, the JF-17 Thunder and AH-1F/S Cobra were deployed over Cherat in support of Friendship 2016, the first bilateral military exercise between Russia and Pakistan. The JF-17’s close air support (CAS) coverage came in a counterinsurgency (COIN)-related setting involving a series of relevant combat scenarios.

Although the first bilateral exercise between Pakistan and Russia, at over two weeks, it has been a long and seemingly comprehensive in its scope. Granted, the focus is COIN capacity building, but the inclusion of Pakistani CAS assets – and that too in the midst of High Mark 2016 – was unexpected.

The presence of the AH-1F/S Cobra attack helicopter indicates the growth that Pakistan’s cross-organizational communication and co-ordination competency, which had been built since 2010 in order to raise the armed forces’ capacity for COIN operations.