Newly ordered AW139 helicopters appear to be for the Pakistan Army
February 27, 2020 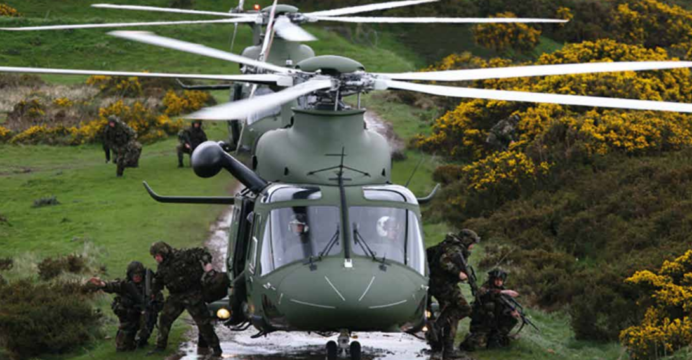 Newly ordered AW139 helicopters appear to be for the Pakistan Army

Photos of the first of at least four Leonardo AW139 utility helicopters destined for Pakistan have recently surfaced (source). The AW139 unit appears to be for the Pakistan Army.

Leonardo announced two AW139 contracts with Pakistan. The first was in May for an undisclosed number of units for search and rescue missions. Delivery was to commence in 2017. Leonardo announced the second contract in August, and while it had not disclosed the number, the Pakistani news station Dunya News reported that four helicopters (in two equal batches) were ordered.

When Leonardo announced its AW139 sales to Pakistan, it did not specify whether the recipients would include the armed forces. Moreover, the order signed in May stipulated that deliveries would begin in 2017, so to see a unit this early is interesting.

The serial number of this Army unit (16-062) does not coincide with the serial numbers of government units currently in operation. According to Leonardo, 11 AW139s are currently in use in Pakistan, with five in use by the Government of Pakistan for various tasks (such as relief operations). Private sector entities, such as Golden Eagle Aviation, also operate AW139s.

The Leonardo AW139 is very close in function and performance to the Bell 412, which is already in use with the Pakistan Army. It is not clear if the AW139s on order for the Pakistan Army are of the AW139M make, which is a variant configured for military operations. The AW139M is equipped with a nigh-vision goggle (NVG)-compatible glass cockpit, tactical data-link connectivity, and stations for external sensor and electronic warfare and countermeasures systems.

Although the acquisition pattern is incremental, there is a chance that Pakistan may have opted to settle on the AW139 to serve as its mainstay utility helicopter platform. With more than 1,000 AW139s built and with more still under production, the AW139 has significant scale, which should help with its acquisition and maintenance costs. It will be worth seeing if Pakistan procures additional units, and in time, enough units to justify the presence of a domestic maintenance, repair and overhaul facility.