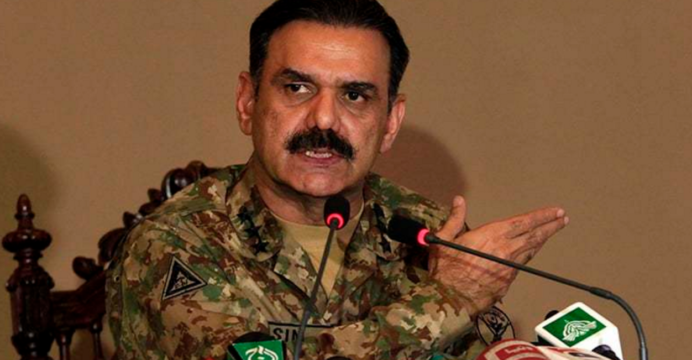 On 28/29 September, the Government of India announced that the Indian Army had engaged in a series of surgical strikes on Pakistan’s side of the disputed region of Kashmir.

According to an official press statement given by the Indian Army Director General of Military Operations (DGMO) Lt. Gen Ranbir Singh, the Indian Army had “conducted surgical strikes” against a series of “launch pads along the Line of Control” (Hindustan Times).

The Pakistan Army had dismissed India’s assertions and had termed the attacks as nothing more than a by-product of a cross-border shelling exchange (Inter Services Public Relations or ISPR). In fact, the Pakistan Army recently invited foreign reporters and journalists to tour the general area (BBC), where it again reiterated its intent to respond to an Indian incursion with “a very comprehensive response.”

In recent days, analysts and journalist have been voicing skepticism of India’s claims. IHS Jane’s remarked:

All public information about the operation, described as “surgical strikes”, remains unverified and is from a short press statement by the Indian director general of military operations, and reporting in The Hindu and The Times of India newspapers.

Large news publications, such as the Washington Post, had difficulty corroborating India’s account with Kashmiris on the ground:

In several dozen interviews, residents of the Bhimber, Chamb and Sahmani districts adjoining the Line of Control said they had been jarred from sleep by the barrage of firepower Wednesday. But none said they had seen or heard anything that supported India’s claim that it carried out cross-border strikes on several staging areas for militant groups …

The main challenge for India, at least in terms of garnering open recognition of its claims, is the lack of third-party verification from independent sources and other states. In the absence of such support, New Delhi’s claims have been relegated to the status of perception-building and to placate the country’s public opinion (in favour of stern action against Pakistan).

Pakistan, on the other hand, is also unlikely to do much beyond similar public opinion efforts, and that too from the perspective of reacting to an Indian incursion. Pre-emptive incursions are out of the question, Lt. Gen Asim Bajwa, the Director General of the ISPR, told reporters (including the BBC) that Pakistan has no intention to engage in pre-emptive strikes or instigate active hostilities. Interestingly, Lt. Gen Bajwa also raised the risk of moving soldiers deployed for counterinsurgency (COIN) operations in the Federally Administered Tribal Areas (FATA) to the Kashmir Front.

The U.S. – which is a principal ally of both Islamabad and New Delhi – has a strong incentive to ensure that even the risk of a conflict is mitigated, much less let one ensue in earnest. To Washington, Pakistan’s support over Afghanistan (via its COIN campaign in FATA) is essential, and India’s increased presence in the Asia-Pacific (to help offset China) is of primary importance. In light of New Delhi’s foreign relations muscle to ‘alienate’ Pakistan, the reality of U.S. interests is an important factor. Afghanistan and the COIN campaign in FATA will predispose the U.S. to maintain defence and security ties with Pakistan. However, this is not to say that Pakistan will benefit from big-ticket arms transfers from the U.S.