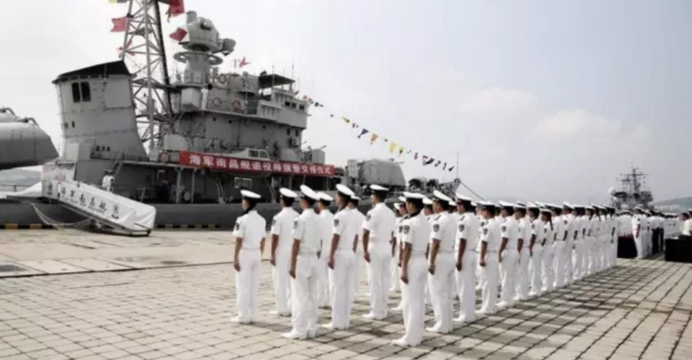 On 08 September, the People Liberation Army Navy (PLAN) decommissioned one of its remaining Type 051 destroyers, the Nanchang (China Military).

Although it is not clear if the Nanchang was in the fact final Type 051 in service with the PLAN, it was one of China’s oldest remaining surface warships. The Type 051 – or Jinan-class (designated Luda by NATO) – was China’s first modern warship designed, developed and built domestically.

The Jinan, the first Type 051, entered service with the PLAN in December 1971. Since then, it was joined by 17 sister-ships, which were produced until 1990. Although the design has a displacement of 3,670 tons (full load), it was a capable offensive system, one comprised of 16 C-802 anti-ship missiles (AShM), two twin 100mm guns, as well as sound anti-submarine warfare (ASW) capabilities (via two triple ASW torpedo tubes). Alongside the Type 053-series of frigates, the Type 051 served as the backbone of the PLAN.

Since the late 2000s, the PLAN has been phasing its Type 051s with the Type 051C, Type 052B, Type 052C, and Type 052D series of destroyers. The Type 052D, in particular, is a representation of how far the PLAN, the Chinese shipbuilding industry, and general defence industry have come over the past 40 years.

In fact, the Type 052D represents a conceptual shift in the PLAN just as much as it does a technological upgrade. Whereas the Type 051 was clearly developed with design inspiration and lessons drawn from Soviet Navy warships, the PLAN’s new destroyers mirror their Western counterparts. This is evident from the layout of the PLAN’s new destroyers, which have been designed on reduced radar cross-section (RCS) principles as well as built to make efficient use of vertical launch systems (VLS) as a means to deploy surface-to-air missiles (SAM) as well as ASW and, in time, AShM.

Along with modern phased-array based sensors (including active electronically scanned array radars), the Type 052D is (along with a number of other ships, such as the Type 054) is helping China built qualitatively sound capabilities for its naval theatre.