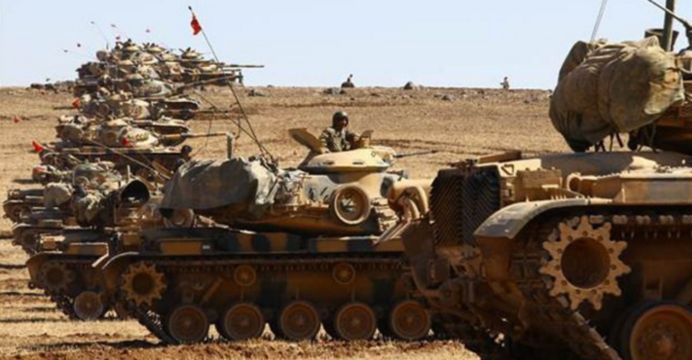 On Wednesday, Turkish forces entered northern Syrian with tanks and air support to dislodge ISIS from the border town of Jarabulus. On Thursday, Jarabulus had come under the control of the Free Syrian Army (FSA). Reports have also emerged of Turkish Army artillery and air strikes on Kurdish forces, specifically the People’s Protection Units (YPG) (Reuters).

When it had entered Syria, Turkey demanded that the YPG and the other Syrian Kurdish forces withdraw its forces to the east of the Euphrates River. The move did occur, but the YPG claimed that its forces had achieved their goals in the northern Syrian city of Manbij (40km south of Jarabulus), and were returning to their bases (New York Times, Hurriyet Daily News).

Although the U.S. backed the YPG (Al Jazeera), but in light of Turkey’s entry, the U.S. demanded that the YPG stay east of the Euphrates River (The Globe and Mail). Currently, the YPG is considered a central force in the Syrian Democratic Forces (SDF), which does not have the same depth and influence on the ground as other rebel groups in Syria.

In terms of deployed assets, the Hurriyet Daily News reported that the Turkish Army deployed 350 soldiers to Syria. These are comprised of 200 mechanized infantry and 150 Special Operations Forces (SOF) personnel. In addition, 13 Turkish Air Force F-16s have been used to provide air support through guided strikes, these have been supported by a KC-135 in-flight refuelling tanker, and an airborne early warning and control (AEW&C) aircraft (not specified if it is a USAF E-3 or Turkish Wedgetail).