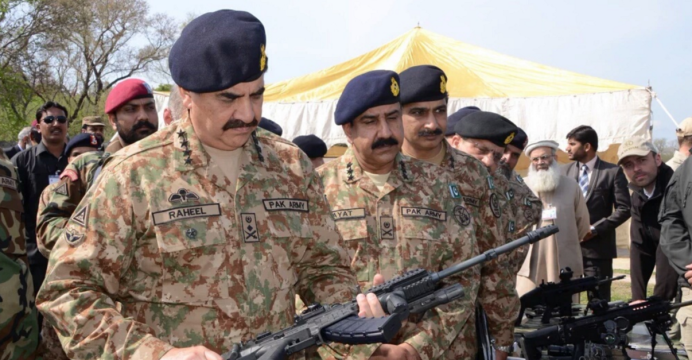 In an earlier article on Quwa, POF was described as “Pakistan’s ‘best’ defence industry player.” Pakistan’s cheaper currency and POF’s ability to produce quality small arms and ammunition has positioned it as a valuable supplier to armies, law enforcement agencies, and civil defence markets in a number of markets, especially the Arab Gulf and Africa. Mr. Hussain’s statements confirm that POF has a noteworthy level of potential, one that could – if supported – transform it into an industry leading vendor.

Long-term growth and success will be dependent on how successfully POF and its product offerings are modernized and brought up to emerging standards. Having signed a Memorandum of Understanding (MoU) with Sir Meccanica, an industrial vendor specializing in providing systems for manufacturing, it seems POF has the plan to upgrade its production facilities. The current assault (and battle) rifle competition being held by the Pakistan Army could also result in POF managing a new rifle design, one that could fully supplant its legacy Heckler and Koch G-3 line.

It will be interesting to see if the Pakistan Army’s assault rifle program involves a commercial offset clause. While it is expected that POF will produce the selected design under license, it would be different to see overseas vendors link POF into their respective supply chains. For example, as part of an offset package POF could be contracted to produce specific components for a vendor’s entire assault/battle rifle line. This avenue could potentially be another long-term revenue source for POF.