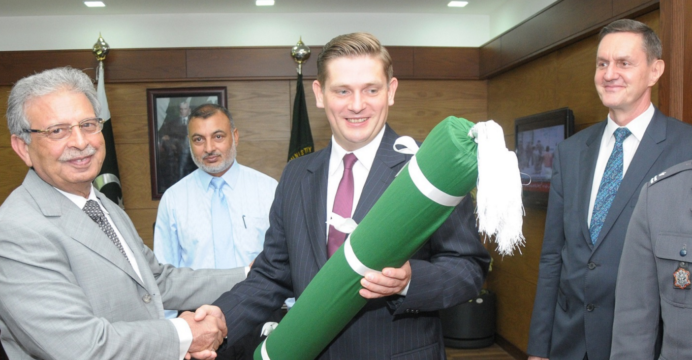 According to a MoDP press release, both parties had agreed that defence ties between the two countries had not been up to par relative to the potential. This is despite the series of visits and exchanges that had taken place between in the previous decade.

Poland has a strong defence industry, but the majority of its functional areas are already being addressed within Pakistan (by the latter’s own defence industry). In other words, there are scarcely few things that Pakistan would require off-the-shelf from Poland.

However, it is possible that Poland is seeking to engage in a more fruitful relationship, namely one of technology development and industry collaboration.

In light of the Pakistan Army’s ongoing assault rifle competition, it is worth noting that Poland has a strong small arms industry. In fact, the firm Fabryka Broni (FB) Radom recently completed the development of the MSBS (Modułowy System Broni Strzeleckiej), the Polish Army’s next-generation assault rifle platform.

Like its contemporaries, such as the Czech CZ-806 BREN 2 and Italian Beretta ARX, the MSBS was designed to be configurable for 5.56 NATO and 7.62 NATO calibres. In other words, the MSBS design can be adapted for use as an assault rifle and battle rifle.

The two sides could benefit through industry collaboration. For example, Pakistan could potentially leverage its scale and demand for modern small arms as a means to procure Polish weapons – such as FB Radom’s MSBS – with transfer-of-technology and commercial offsets.

In exchange, FB Radom would gain a very large MSBS customer, one that would absorb the development costs, and in turn, position the MSBS to be very competitive in price and support.