Leonardo is looking to position Airlander airship as an ISR platform
February 27, 2020 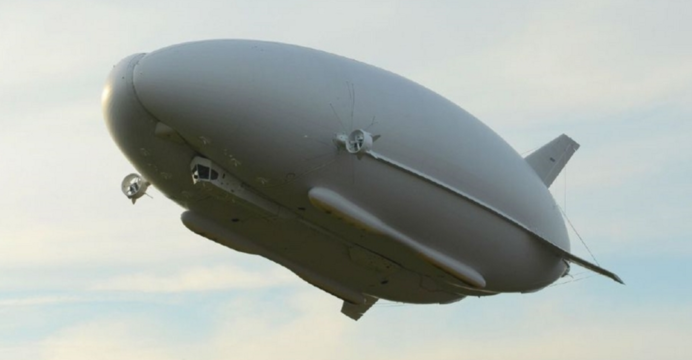 Leonardo is looking to position Airlander airship as an ISR platform

The HAV 304 Airlander 10 undertook its maiden flight 17 August in Cardington, Bedfordshire. According to IHS Jane’s, the Airlander’s test flight lasted for 15 minutes; the Airlander reached a speed of 35 kt (65 km/h) and an altitude of 152 metres (or 500 ft).

The Airlander 10 was originally designed as part of Northrop Grumman’s ill-fated long-endurance multi-intelligence vehicle (LEMV) program for the U.S. Army. Although the LEMV program was cancelled, HAV was able to re-acquire the prototype, and is now re-positioning it as a civilian-centric platform.

However, in light of numerous prospective military customers expressing interest in the Airlander 10’s viability as an ISR platform, Leonardo is configuring an appropriate sensor, electro-optical as well as electronic warfare (EW) and electronics countermeasures (ECM) suite for the aircraft.

Leonardo got involved with the HAV Airlander 10 program in December 2014, when it had signed an agreement with Hybrid Air Vehicles to develop an ISR suite for the platform (Aviation International News). Given Leonardo’s existing radar, electro-optical (EO) and EW/ECM catalogue, it should not be long before the company unveils its configuration for the Airlander 10. At the minimum, one could expect an ISR suite for low anti-air warfare (AAW) threat environments, such as counterinsurgency (COIN) conflict zones.

There will be a measure of skepticism against the Airlander 10, especially from those circles that do not see the value of a slow-moving aircraft. While slow, the Airlander does possess a longer endurance period, i.e. days (in comparison to hours for most existing ISR platforms). Endurance will be the Airlander 10’s – as well as other airships’ – principal advantage over alternative ISR methods.

In a low-intensity conflict zone, such as that of COIN, states are not fighting against sparsely positioned and fast-moving insurgents, but also against mounting operational costs and time. The latter serves as an indirect cost in that a country marred in internal conflict could be impacted by indirect economic costs, such as a loss of economic activity within the conflict zone, or a loss of foreign investment as a result of outside investors perceive as an unsafe and unstable climate.

To put it simply, costs can mount quickly, and heavily. For example, it is very costly to operate a fighter aircraft, not just in terms of direct costs (e.g. fuel), but also the long-term cost of a gradually worn airframe and follow-on maintenance. Unmanned aerial vehicles (UAV) have emerged as popular supplementary ISR solutions, but the limited payload of most UAV systems (and in many cases range and endurance) will once again limit their viability in a long-term low-intensity conflict environment.

Cue the Airlander 10. The Airlander 10’s large size and long-endurance capabilities can enable air forces to deploy powerful ISR suites for days at a time. As long as the AAW threat is limited or non-existent (which is the case in most current-day COIN deployments), the Airlander 10 could freely loiter over an area whilst providing valuable synthetic aperture radar (SAR) imagery (of moving targets on the ground) or infrared video coverage at night. It could also potentially serve as an airborne command post to manage ground and aerial assets engaged in the combat area.

It will be interesting to see if Leonardo attempts to position the Airlander 10 for external defence needs – i.e. conflicts against opposing armed forces. If equipped with a powerful radar suite, the Airlander 10 could potentially operate as a stand-off range (i.e. away from AAW threats) ISR system. While it is not possible to overcome the airship’s inherent design limitations in terms of speed and maneuverability, the aircraft could be outfitted with a powerful EW/ECM suite for jamming, which could provide a layer of protection against incoming radar-guided air-to-air missiles.