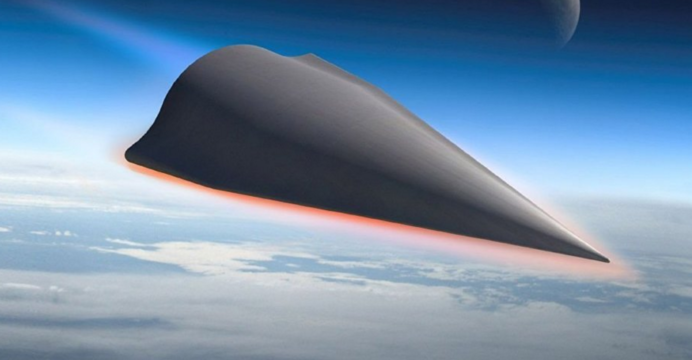 During the 2016 Missile Defense Symposium, the threat posed by future Russian and Chinese hypersonic glide vehicles (HGV) was defined as the central issue of concern by American defence planners.

According to Defense News, “the threat [of HGVs] came up in almost every speech from the Missile Defense Agency director to the Army’s acquisition chief to the US Strategic Command commander over the course of the first two days of the show.”

HGVs can take various conceptual forms, but at their core they are essentially warheads that not only fly at sustained hypersonic speed (i.e. Mach 5+), but can also maneuver relatively tightly in order to penetrate strategic air defence systems, such as ballistic missile defence shields.

In effect, HGVs are difficult to detect and difficult to intercept, which – when paired with their precision accuracy (via modern guidance technology) – makes them a potent threat, even to the U.S.

Speaking to the symposium, STRATCOM commander Adm. Cecil Haney said, “The ability to find, fix and track and hold … these types of capabilities are becoming increasingly more difficult. Hyper-glide vehicle technology can complicate our sensing and our defensive approaches.”

The issue outlined above is universal. A country equipped with an HGV arsenal can use its munitions to engage in rapid first-strike engagements against air bases, air defence sites, relevant energy and industrial sites (e.g. naval shipyards and dockyards), etc. In a sense, even conventional HGVs could conceivably scuttle an enemy’s military capabilities in short order.

Thwarting HGVs is not simply a question of kinetically intercepting one in the air, but an issue that requires a substantial improvement at every point in the intercept chain: sensors (to enable quicker detection), command, control and communication (so as to quickly diffuse information to respondents), and intercept methods, which may require directed energy weapons or high-speed kinetic weapons – i.e. rail guns.

The U.S. first conducted HGV tests in 2010 via the X-51 Waverider. The Waverider is a scramjet powered cruise missile (deployable from a B-52 bomber), and is capable of reaching a speed of Mach 6. However, the Waverider has not been tested in recent years (Jamestown Foundation).

While the U.S. will eventually deploy the technology, Russian and Chinese advances in analogous HGVs will render U.S. strategic gains to be marginal or non-decisive. In April, China conducted a test of its DF-ZF HGV. The DF-ZF is reportedly capable of flying at 6400 km/h to 11,265 km/h (i.e. Mach 5-9) (Popular Mechanics). In June, Russia tested its Yu-74 HGV, which is reportedly capable of reaching a speed of Mach 9. The Yu-74 was launched from a RS-18 ballistic missile (Sputnik News).

Once available, these HGVs will bestow Russia and China with the capacity to rapidly inflict anti-access and area denial measures against nearby or surrounding U.S. assets. The impact of this capability will essentially reduce the U.S.’s ability to use containment as a means to politically pressure Beijing and Moscow. At the other end, Beijing and Moscow may become more ambitious in their respective regions.

There is also the question of proliferation, but that is not even a factor yet, though it would certainly serve to complicate U.S. defence planning should it emerge. It will be worth seeing if Washington will work to contain the proliferation of HGV technology and munitions via diplomatic and foreign relations means.