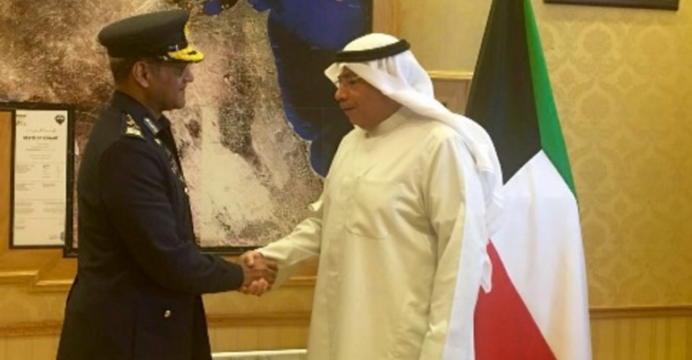 Pakistan Aeronautical Complex (PAC) has been hopeful of securing a major export contract for the JF-17 Thunder, its lightweight multi-role combat aircraft. While the Thunder has made appearances at various air shows (including the 2015 Paris Air Show), PAC – and by extension, the Pakistan Air Force (PAF) – has had difficulty in translating interest into tangible sales.

Commercial defence relationships are not easy to develop, especially considering the capital intensive and complex nature of such high profile transactions. In an earlier article on Quwa, it was discussed that major arms deals are built upon strong political relationships and financial clout (especially in terms of enabling the buyer to borrow upfront capital in order to finance purchases). Pakistan is lacking in both areas, and as such, its ability to readily secure sales for the JF-17 Thunder – especially in markets with established and well supported incumbents – is limited.

That said, PAC has seen a bit of a success story in the Super Mushshak, its basic flight trainer, which serves as a screening and preliminary training platform in not just the PAF, but numerous other air forces in the Middle East and even Africa. In fact, PAC seems to be on the verge of securing a relatively large and high-profile contract from the Turkish Air Force (IHS Jane’s), which held a competition for 52 basic flight trainers in the class of the Super Mushshak. If successful, which appears to be the case given the recent messaging from Pakistan’s Ministry of Defence Production, it would be PAC’s single largest export order for the Super Mushshak. Coupled with recent sales to Nigeria and Qatar, PAC has every right to be confident about the Super Mushshak’s viability in the prospective Kuwaiti market.

That said, there may be an opportunity for PAC to push the JF-17 – specifically the twin-seat JF-17B – as a lead-in fighter trainer (LIFT). The PAF will be using the JF-17B as its LIFT platform as well. LIFT platforms are essentially lightweight fighter-trainer designs meant to take on the role of bridging pilots from intermediate jet flying to fighter flying. In the PAF, pilots would complete the fighter conversion unit (FCU) course, and then move onto an operational conversion unit (OCU) – i.e. converting to a specific fighter type, such as the F-7P and Mirage III/5.

It is relative, but modern LIFT platforms are not typically low-cost solutions. For example, the Leonardo (Alenia Aermacchi) M-346 Master is expected to run Israel $60 million U.S. a unit (including lifecycle costs). The Iraqi Air Force agreed to pay $45 million U.S. a unit for the Korean Aerospace Industries (KAI)’s T-50 Golden Eagle. While a number of the air forces buying new LIFT platforms are also poised to operate multi-role fighters that cost four to five times the cost of these trainers (hence the relativity in what is considered “expensive”), this does not mean the PAF does not have maneuvering room in terms of positioning the JF-17B.

With the requisite improvements, e.g. an improved turbofan with higher time between overhaul (TBO), fuel efficiency and thrust (such as the RD-33MK), or the forthcoming JF-17 Block-III’s radar and on-board electronics suite, the Thunder has the potential to be a compelling LIFT platform, even for the Arab Gulf market. The extent the PAF is planning to take this course is not known (it may still be looking to position the JF-17 as the ‘affordable alternative’ fighter).