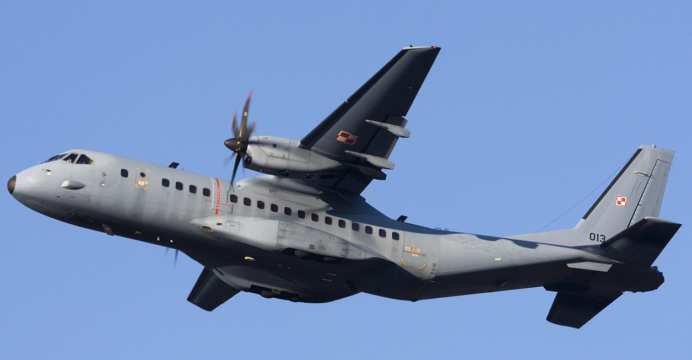 At this year’s Farnborough Air Show, Airbus Defence and Space (DS) has made good on its earlier promise to showcase the aerial refuelling (AAR) kit for its C-295 light tactical transport aircraft.

Using a hose-and-drogue system, the AAR kit for the C-295 configures the transport to serve as a low-speed tanker for helicopters, drones and turboprops. The fuel is drawn from the C-295’s main fuel tanks, but the customer can opt for auxiliary tanks. The modification process of adding the AAR kit is ‘minimal.’

The AAR-equipped C-295 can also function as a forward refuelling station on the ground.

Airbus DS began testing the C-295’s AAR kit in early 2016. Dry contact tests (using helicopters) have been scheduled for late 2016, and the technology will be available for sale sometime in 2017.

An earlier article on Quwa outlined the versatility of the CN-235 and C-295 platform, showcasing how the aircraft has been adapted for use as an armed maritime patrol aircraft, airborne early warning and control aircraft, and even close air support/suppression gunship.

The addition in-flight refuelling as well as an extreme take-off and landing (XTOL) variant may cement the C-295 platform as the most attractive multi-purpose platforms on the market, especially if the cost-of-acquisition and cost-of-operation remain competitive.