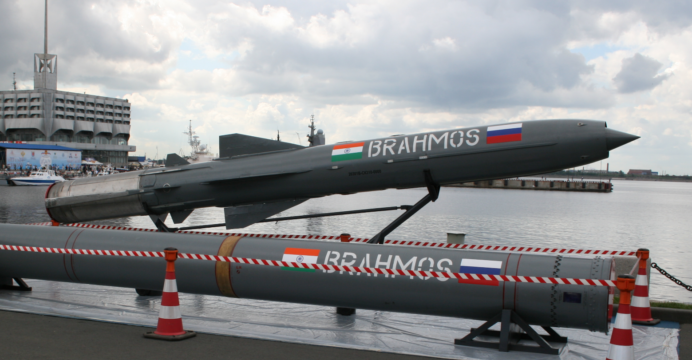 India and the MTCR (Part-1)

On 27 June 2016, India formally acceded to the Missile Technology Control Regime (MTCR). As the MTCR’s 35th member, India has committed itself to adhering to the MTCR’s guidelines for exporting munitions and drone technology beyond the confines of the international body. In exchange, India has been given access to the full breadth of that technology among MTCR members such as the United States and Russia.

The MTCR was established by the G7 countries – i.e. the United States, Britain, Germany, France, Canada, Japan and Italy – in 1987 as a means to stop the proliferation or spread of munitions technology that could push more than 500kg beyond 300km. It was originally an instrument to encourage the non-proliferation of weapons of mass destruction (WMD); not only was the transfer of complete systems (e.g. long-range ballistic missiles) strongly discouraged, but so was the sharing of critical expertise or sensitive technology that could directly result in a non-MTCR member crossing the MTCR’s set threshold. In 1992, this threshold was extended to unmanned aerial vehicles (UAV) or drones.

Once within the MTCR (and compliant with its strict export controls on non-MTCR countries), a member country would be able to access from fellow MTCR states the means to cross the MTCR threshold. In other words, said country – e.g. India – could legally acquire long-range cruise missiles and high-altitude long-endurance (HALE) UAVs capable of deploying munitions with U.S., Western European or East Asian support. In theory, a commitment to non-proliferation is rewarded with an opportunity to bolster one’s defences.

Entry into the MTCR will be incredibly valuable to India, but 2016 would have been a momentous year had it also received entry into the Nuclear Suppliers Group (NSG). China was responsible for the rejection. However, with the MTCR in its deck, New Delhi will certainly try to leverage support from China in a future NSG application. Besides China, India does not face any other notable foreign relations challenge, rather, it has the general support of the West and Far East, no least in thanks to Washington and its geo-strategic interests concerning India in relation to China.

For India, the benefits of the MTCR cut across at least three main areas. First, the Indian military should have substantially less regulatory trouble in acquiring marquee weapon systems from the U.S. and its key allies in Europe and Asia. For example, the General Atomics Reaper and Avenger UAVs that India is seeking are now one step closer to reaching fruition; if not these, then comparable systems could be sought from the likes of Airbus Defence and Space in Europe. In either case, should India identify a requirement for a system confined to the MTCR, it can acquire a solution off-the-shelf and not be forced to wait for its only other viable alternative, indigenous development.

That said, the second benefit of joining the MTCR is access to subsystem technology and expertise that directly feed into the indigenous development of weapons that can cross MTCR boundaries. For example, the Indian defence industry could theoretically tap into German or British propulsion and aerostructure expertise (e.g. airframe design, radome, materials, etc) as a means to advance the development of a new long-range cruise missile (or improved iterations of existing designs). Granted, India has been hard at work at developing critical components at home, but access to foreign resources could help it in terms of accelerating development, or at least buying time for the armed forces via stopgap solutions that use foreign components as a temporary measure (until such time a domestic alternative is ready).

Speaking of India’s defence industry, the third main direct advantage of the MTCR is that it broadens the scope of possible offset investment and collaboration for foreign vendors. Granted, the erosion of legal and regulatory hurdles will not guarantee much in the way of sensitive technology transfer (commercial and national secrets still hold priority), but the field is much wider for India today than it was before it joined the MTCR. It would not be surprising to see Raytheon, MBDA, and others (potentially from Japan and South Korea) collaborate with their Indian counterparts to develop new solutions. Should India grow in terms of capability, then it could become a key global supply chain asset for these companies, which in turn could enable them to produce their munitions at more competitive cost.

Part-two will discuss India’s entry into the MTCR from the angle of Pakistan and (to a lesser extent) China.