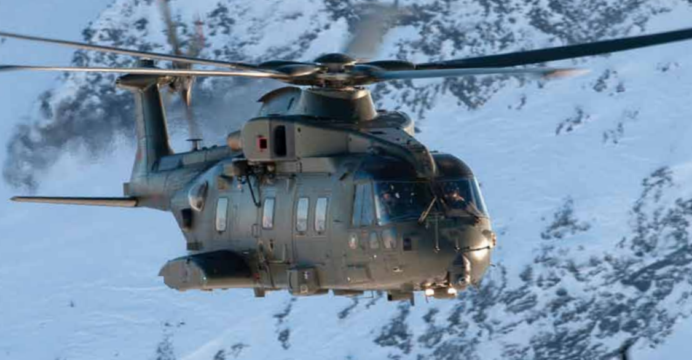 The ban was instituted in response to an Indian investigation from 2013 into allegations of bribery over a VVIP helicopter contract awarded to AgustaWestland (which was later absorbed by Finmeccanica). The Indian government was to acquire 12 AW101 helicopters for $770 million U.S.

Although banned from competing for new tenders, Leonardo-Finmeccancia can continue supporting its existing products in India via maintenance and support contracts.

In response, Leonardo-Finmeccanica does not seem concerned. Citing a lack of existing business in India – calling it “very marginal” – the company says it has little to lose, at least in the short-term.

There is no doubt that India is a huge prospective market, especially for large defence vendors with end-to-end solutions – Leonardo-Finmeccanica is no different. That said, other giants – such as Saab, Boeing, Dassault, and IAI – will view India in the same vain, thus making the potentially lucrative Indian space very competitive, especially in the areas where Leonardo-Finmeccanica excels in, such as radars and avionics.

The loss for Leonardo-Finmeccanica is real, but it is not insurmountable. Moreover, one can suppose that India’s neighbour Pakistan should not have too many problems in terms of procuring radars and electronic warfare and electronic countermeasures technology from Leonardo-Finmeccanica should it desire so. In other words, geo-strategic issues could – potentially – have India review its policy in the long-term.