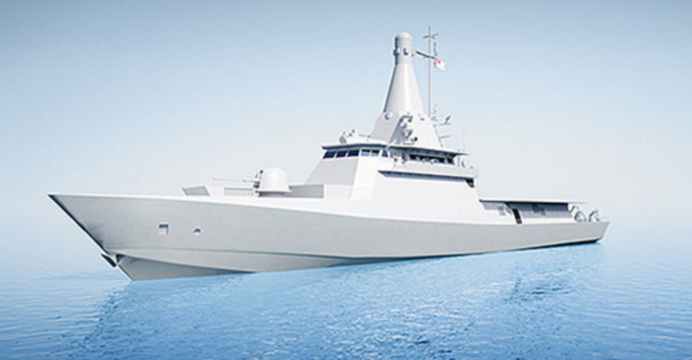 The Republic of Singapore Navy (RSN) recently took delivery of its first Independence-class Littoral Mission Vessel (LMV), the Independence. This is the first of eight vessels on order by the RSN (which will replace 11 aging Fearless-class patrol boats). The LMV is produced domestically in Singapore by ST Marine with design and development support from Sweden’s Saab Kockums AB (IHS Jane’s).

The LMV’s sensor suite centers on a Thales NS100 3D surveillance radar, an active electronically-scanned array (AESA) radar, which is capable of detecting targets at up to 200km (IHS Jane’s). The LMV can reach a top of speed of over 27 knots (50km/h) and maximum range of almost 6500km. (IHS Jane’s). It is also capable of letting a medium-sized utility helicopter land on its flight deck.

It is interesting to note how – in contrast to many other navies acquiring new littoral defence vessels – Singapore omitted equipping the LMV with anti-ship missiles (AShM), instead focusing purely on guns and anti-air warfare (AAW) missiles. Granted, these vessels will likely find the balance of their work focused on maritime policing; the MICA systems will ensure their defence against aerial targets in war.

The coming years will be an interesting period in as far as the development of lighter weight surface combatants is concerned. Israel was amongst the first (if not the first) to successfully amalgamate proper AAW as well as anti-ship warfare (AShW) and anti-submarine warfare (ASW) capabilities into sub-1500 ton warships. This drove (and was also supported by) munitions programs centered around trying to minimize weight, size and complexity, thus enabling lighter warships to be relatively very well armed.

With other countries, such as South Africa and China, also seeking to develop a similar set of munitions (e.g. Umkhonto-ER and Umkhonto-R), LMV-like warships could become a common sight in the future. Navies with limited budgets could accrue credible defensive capabilities through such ships.