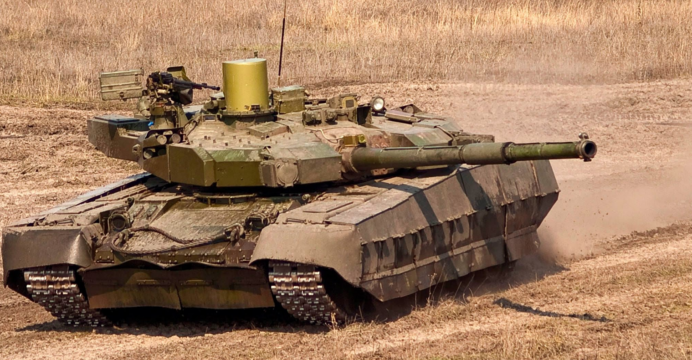 The news of Turkey signing an aircraft co-production deal with Ukraine (involving the An-158 and An-178) sparked a question for us and our readers – is Pakistan missing out? For context, in February Volodymyr Lakomov, Ukraine’s ambassador to Pakistan, suggested that the two countries strengthen their defence ties, especially in the area of defence industry cooperation.

Interestingly, a number of analysts responded to the idea with skepticism, citing a number of issues that would actually predispose Pakistan against such a route. But with the rather promising Antonov An-178 program receiving an increasing measure of tangible structural support, most notably in the form of hard deals with the Turkish government and even a private Indian defence vendor, Reliance Defence Ltd., it would seem that the Ukrainian defence industry is coming backing on track.

With this in mind, we felt it would be a good idea to critically reflect on whether Pakistan is missing – or perhaps missed entirely – a promising opportunity.

Ukraine-Pakistani defence ties started in the 1990s. Pakistan’s most high-profile purchases to date have been in the realm of armour, mainly main battle tanks (MBT) such as the T-80UD and diesel engines for use on the MBT designs being produced at Heavy Industries Taxila (HIT). Besides an acquisition of four IL-78 Midas multi-role tanker-transport (MRTT) aircraft, there has not been any additional activity.

The main portion of Ukraine’s product portfolio is comprised of armoured vehicles – such as the Oplot-M MBT – and aircraft, such as the Antonov An-178. In terms of armour, Pakistan is flush with alternatives, particularly from China. In fact, Thailand recently opted to order VT-4 MBTs from China in lieu of Ukraine’s difficulties in supplying the Oplot-M. Not only are Chinese tanks competitive, but the Thailand case should be indicative that Ukraine’s armour industry is not exactly dependable, not at this time. It is worth noting however that Ukraine is willing to be relatively ambitious with the T-84 Oplot’s development. For example, it is pairing up with a Polish company to develop a 155mm calibre self-propelled howitzer based on the T-84/Oplot’s chassis.

In terms of complete armour solutions, Pakistan has no need for Ukrainian products. On the other hand, there is no denying that Ukraine does have a functional research and development (R&D) base, enough to at least come up with complete products, such as the Oplot-M. Herein lies value for Pakistan, especially as it seeks to continue developing the al-Khalid MBT line (and potentially extend to the Haider).

License-manufacturing the KMDB 6TD-2 1200hp diesel engine or perhaps even getting KMDB to develop a new 1500hp engine uniquely applied to Pakistan’s conditions would not be an inherently bad idea. It would be ambitious, but it is something that can be scaled across a large number of tanks (built over a period of several decades no less). Of course, it has to be asked, does Pakistan need to produce diesel engines domestically? One might cite the fact that Pakistan has an existing supplier in the form of China, and that local sourcing engines – which would require costs in building local capacity as well as in securing the requisite production technology from Ukraine – is not something Pakistan can handle at the moment. Regardless, some lead-up work (in terms of building up local capacity) is necessary.

Alternatively, why not ask for the same from China? It is an issue of incentives. China does not have an incentive to imbue its leading customer with the means to manufacture critical and essential components such as tank engines; Ukraine on the other hand, it is considerably more malleable on the question. In any case, it is not an issue relevant to today, Pakistan actually needs the capacity (as well as willingness) to absorb tank engine technology. Ukraine is an attractive route in this regard, but it is not relevant (yet).

What is relevant however is micro-turbojet development. Pakistan has a desire to continue building out its tactical deterrence and stand-off weapon capabilities in the form land-attack cruise missiles (LACM). Programs such as the Ra’ad and Babur could benefit from Motor Sich assistance, especially in terms of propulsion. Motor Sich could – at least theoretically – can assist in areas such as range extension and developing lighter LACM (via lighter propulsion). The development costs in this regard are also scalable, Pakistan could re-apply the propulsion towards other cruise missile applications, such as anti-ship missiles.

In terms of aircraft, such as the An-178, Pakistan does not have a need for additional cargo lift aircraft at the moment (as the Pakistan Air Force seems content with the C-130, CN-235 and IL-78). Any system of interest would essentially have to be an enlarged An-178 design that could potentially phase out the C-130 in the very long-term. This might be something that Turkey could theoretically push for (since it signed onto develop a variant of the An-178), but it is not a reality, much less in the pipeline. It is unclear what the fate of the Antonov An-188 program – i.e. a turbofan powered An-70 – is either. Moreover, the Air Force might be drawn towards the potentially forthcoming AVIC Y-30 (subscription required).

While Ukraine’s R&D base is certainly worth tapping into, it is apparent that there are a rather limited set of opportunities open to Pakistan. In as far as Turkey’s decision to co-produce aircraft with Ukraine, Pakistan did not miss out on an opportunity; it was not available in the first place. That said, there is no reason to completely drop the route, if there are areas of viable development – such as micro-turbojets – then Pakistan ought to explore the avenue. If not concrete programs, then perhaps softer or less tangible measures in the way of building Pakistan’s domestic scientific and technology base, especially in areas of significant strategic importance.