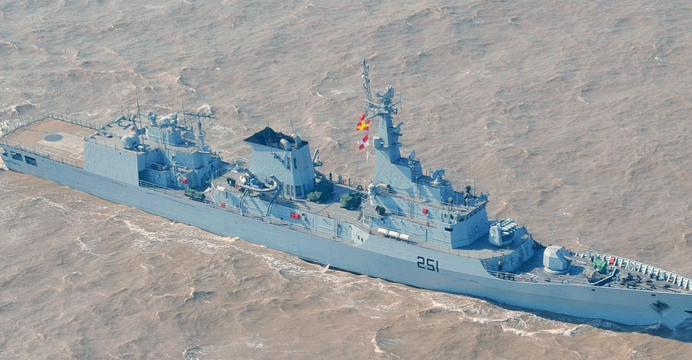 Frigates are medium-sized surface warships capable of undertaking multiple tasks. At the minimum, these warships are capable of at least anti-submarine warfare (ASW) or anti-ship warfare (AShW), if not both.

Navies have traditionally used frigates as a general workhorse; they can serve as escorts for other ships (such as aircraft carriers), patrol ships to monitor one’s sea lines of communication (SLOC), and as attack vessels in certain conditions (such as fleet battles). To this day, frigates continue to serve as the mainstay surface warships of most modern navies.

However, in more recent years conventionally powered submarines have become an increasingly popular means of developing area denial capabilities. ‘Area denial’ refers to the ability to prevent an enemy from securing an area; in the naval theatre, that could refer to one’s coastlines or nearby waters.

In fact, advances in anti-ship missile (AShM) technology and the added capacity in submarines to deploy them makes these warships an attractive AShW asset. This is coupled with air-independent propulsion (AIP), which enables submarines to stay submerged without snorkeling for weeks at a time. With such quiet and capable ships, why would a defensively oriented navy – such as Pakistan’s – need frigates?

If one were viewing this question from the angle of naval warfare from the 1950s to 1980s, then yes, the value of a frigate would diminish significantly in the face of modern and very capable (in terms of AShW and ASW) conventional submarines. A good AIP submarine (SSP) can maintain a low acoustic signature, thereby being difficult to detect; for most naval powers, accessing their enemy’s coast would be difficult.

From a defensive standpoint, what more can one ask for? Sure, a navy would need surface ships to patrol its SLOC in peacetime, for that it could acquire offshore patrol vessels (OPV). In terms of AShW, a modern SSP is sufficient. In terms of ASW, a navy could stock up on capable maritime patrol aircraft (MPA) such as the P-3C Orion, which can carry powerful sensor equipment as well as AShM and ASW torpedoes.

An emphasis on SSP and MPA is basically the Pakistan Navy’s current modernization trajectory. Aided by its increasingly large number of new fast attack crafts (FAC), such as the Azmat-class, Pakistan is well-set in terms of area denial.

In this world, things do not remain the same. In other words, while a frigate was the mainstay AShW and ASW workhorse of the Cold War, it does not mean a frigate’s value today is derived purely from its ability to support AShW and ASW missions. Frigates have taken on another role: anti-air warfare (AAW). Recent advances in making medium to long-range surface-to-air missiles (SAM) compact enough for warships has enabled frigates to become credible AAW assets.

AAW is an essential component of modern maritime warfare. If one were dependent on their SSP, then they would need a means to counteract an enemy’s prowling MPAs. However, AAW is an important aspect in all respects, especially if one is serious about defending the totality of their maritime interests.

In Pakistan’s case, its naval interests are not limited to simply area denial, but defending its SLOC or sea-lanes as well. Pakistan is dependent on its coastal economy, most notably trade, which helps Karachi – the country’s biggest city – generate a large proportion of Pakistan’s economic activity.

If subjected to an enemy’s interference, perhaps in the form of the Indian Navy interdicting Pakistan’s sea-lanes, Pakistan’s economy will suffer greatly. This may not matter in a short hot-war of a few weeks, but if India and Pakistan were locked into a tense long-term stand-off, then what is to stop India from trying to tamper with Pakistan’s maritime economic interests as a means to induce pressure?

Such a scenario can happen following a hot-war as well. Although active hostilities may cease, the two countries may reach a standstill in talks. Perhaps Pakistan is unwilling to concede a new and important gain? What is to stop India from interdicting Pakistan’s SLOC as a means to pressure Pakistan into letting go that wartime gain?

In this case, modern multi-mission frigates can serve as a means to maintain force presence along one’s SLOC. With AShW, ASW and AAW capabilities, these ships would be able to protect themselves as well as other valuable assets, such as one’s submarines, merchant trade ships, and naval support vessels (e.g. tankers, resupply ships, etc).

It should go without saying that modern frigates are only a part of effective naval warfare; they cannot fulfil the entirety of one’s needs alone. Rather, a good AAW capable frigate would closely operate with friendly aviation and submarine assets. The submarines would benefit from the frigate’s AAW umbrella; the frigates would benefit from a submarine’s quiet attack edge (requiring enemies to be careful before getting too close to the frigate, lest they fall into the sights of a submarine); and they can coordinate with one’s maritime ASW assets in hunting enemy submarines.

Granted, modern frigates are not “cheap” assets, but the Pakistan Navy’s recapitalization needs are not as frequent as that of the Army or Air Force. A good frigate design with sufficient room left for upgrades in sensors and armament carrying capacity could be scaled to serve for many decades with ease.