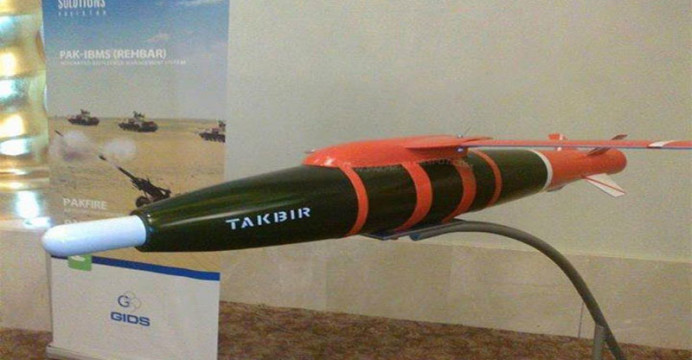 Rana Tanveer Hussian, Pakistan’s Minister of Defence Production, told Pakistani media outlets (in Urdu) that the country’s defence industry is in the process of exporting missiles with ranges of under 300km.

Although Pakistan is not a signatory of the Missile Technology Control Regime (MTCR), it is looking to keep its exportable goods within the MTCR’s bounds. The MTCR requires missile vendors to limit the range of missiles capable of carrying a 500kg payload to 300km.

No specifics were given as to what Pakistan would or could export. One might speculate that some of Pakistan’s ballistic missile designs could be on the cards. But this is pure speculation, and it is our view that this course would be very unlikely and incredibly unwise.

It is in Pakistan’s best interests to draw attention away from its strategic programs, even ones that may fall within the conventional umbrella (such as a short-range ballistic missile equipped with a high-explosive warhead). Exporting such goods will draw unnecessary flak, especially in light of the pressure the U.S. is trying to induce upon Pakistan to curb its tactical nuclear weapons program.

Rather, Pakistan will likely look to produce exportable tactical solutions, such as anti-ship missiles (AShM) and stand-off range glide bombs. Pakistan already produces a number of stand-off range solutions, most notably the H-2 and H-4 glide-bombs (license-built Denel Dynamics Raptor-I and Raptor-II); it is possible that the portfolio may be expanded to include other types of munitions.

If one were looking at purely the idea of exporting MTCR-compliant munitions, then there is little reason or even room for Pakistan to enter the market. There is nothing Pakistan could offer (even to the best of its abilities) that the U.S., Europe, Russia, China and a few other vendors could not.

It is likely Pakistan’s angle is not to become a munitions exporter for the sake of the munitions alone, but to perhaps build-up the attractiveness of its other products, such as the JF-17. If one carefully reviews a product line-up involving the JF-17 at a major air show, they will notice that the munitions are marketed by the China National Aero-Technology Import & Export Corporation (CATIC). Whether it be the air-to-air missiles, the precision-guided air-to-ground munitions, or AShM, these goods are solely from CATIC.

In many cases, the prospective customer should not have a problem acquiring export clearances for CATIC goods from China. But one could make the argument that the JF-17 would be a much smoother sell if PAC could guarantee the supply of some munitions, at least many would deem ‘essential’, without hesitation. This is where domestically producing and exporting munitions would make a lot of sense. PAC could simply offer complete packages with the JF-17 Thunder, thus offering end-to-end solutions to customers with the least amount of regulatory friction as possible.