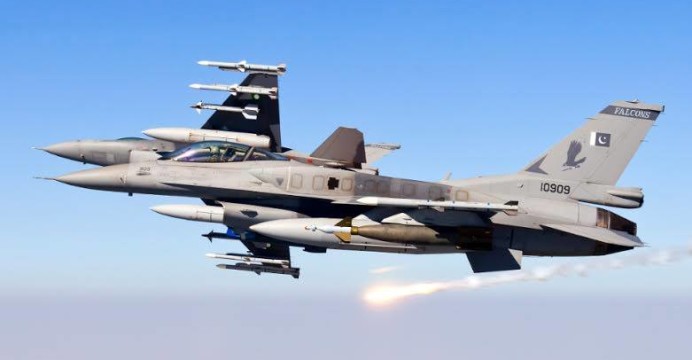 Pakistan is looking to get another 10 new-built F-16s

A Pakistani official told IHS Jane’s that the Pakistan Air Force (PAF) will pursue another 10 F-16C/D Block-52 from the U.S. This will be in addition to the eight the PAF has recently requested.

The official could not reveal as to when this subsequent order will take place, but if it comes to fruition, it would bring the PAF’s F-16C/D Block-52 fleet to 36 aircraft.

In 2006-2007 the PAF had requested for a total of 36 F-16 Block-52 from the U.S., but in two orders of 18 aircraft each. The first order was finalized (and delivered), but the second order – an option – was not exercised due to severe funding shortages at the time.

While Pakistan funded its previous order of F-16C/Ds through its own national funds, it is hoping that its current request for eight aircraft will be partly subsidized through the Foreign Military Financing (FMF) program.

While the request for F-16s has passed, the FMF component has run into some hurdles in Congress, with the U.S. Senate placing a hold on it until it can verify Pakistan’s commitment against specific Taliban cells, such as the so-called Haqqani-network.

Sartaj Aziz, an advisor at the Pakistani Ministry of Foreign Affairs, told journalists (subscription required to access) in the beginning of March that Pakistan had saved money from previous FMF releases (since 2013), which it plans to use to fund its current F-16 order. Pakistan has not disclosed how it intends to fund its next batch of 10 new-built F-16s.

Prior to the 2005 Kashmir earthquake, the PAF had intended to acquire 55 F-16 Block-52s (with an option for an additional 20). It is possible that the PAF is looking to reach the original base goal of 55 F-16C/Ds. This could potentially be done through a number of incremental purchases over the next several years. Used fighters may also be pursued.

There are other questions as well.

First, the question of whether (and when) the PAF intends to push its F-16 Block-52s through a comprehensive upgrade, one that ought to include an active electronically-scanned array (AESA) radar. Second, whether the PAF is interested in acquiring additional air-to-air and air-to-surface munitions for its F-16s, such as the AIM-9X, AGM-154 Joint Standoff Weapon, and Harpoon Block-II anti-ship missile.