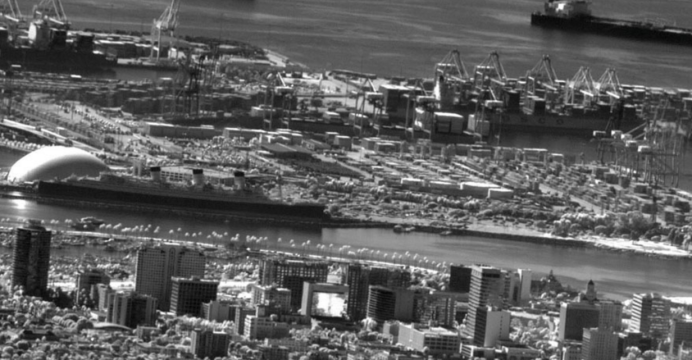 JF-17 should get a reconnaissance pod

With beyond-visual-range (BVR) air-to-air warfare and precision-guided air-to-ground strike capabilities, the JF-17 has emerged as a credible multi-role fighter, especially from the standpoint of being the Pakistan Air Force (PAF)’s workhorse asset. The JF-17 Block-III has the potential to go further by adopting current advances in radar, avionics, and munitions technology. In addition to the subsystems slotted for use on the JF-17, it may be prudent for the PAF to incorporate a photo-reconnaissance pod on the Block-III.

A photo-reconnaissance pod will enable the JF-17 to capture high-resolution photos at stand-off range (i.e. away from the risk of enemy engagement). Like the DB-110 equipped on the PAF’s F-16s, the JF-17 could enable the PAF (or another end-user) to acquire a thorough understanding of an area. Think of a mountainous area, the JF-17 could capture highly detailed imagery of that area’s hills and pathways. In turn, that imagery could be fed to one of the JF-17’s three multifunction displays (MFD), which could be used to help a pilot in his or her strike operations. Alternatively, the photos could be passed to a ground station via data-link.

The capacity to engage in imagery intelligence (IMINIT) work would enable the JF-17 to serve as a valuable intelligence, surveillance, and reconnaissance (ISR) asset. We discussed the idea of equipping the JF-17 Block-III with a suite of versatile air-to-air and air-to-surface munitions (from South Africa), which could enable the Thunder to fulfill a wide range of combat roles. However, the added inclusion of a photo-recon pod would position the JF-17 as a solution for multiple requirements. Imagine the prospect of informing a prospective customer about how the JF-17 could play a role in building a country’s ISR capabilities.

Granted, it is very unlikely the JF-17 would ever be equipped with something directly comparable to the DB-110 (an industry leading solution), but there are genuinely good alternatives. One example could be the Modular Reconnaissance Pod (MRP) developed and produced by the Danish vendor Terma. The MRP was originally developed for use on the Royal Danish Air Force’s F-16s, but it has since evolved into an export-oriented solution. The Swedish Air Force’s JAS-39C/D Gripen became the first outside of the Viper family to be integrated with the Terma MRP. The PAF could work with Terma to develop a variant of the MRP that is suited to the JF-17.

Interestingly, the Turkish vendor Aselsan actually bought the MRP with complete transfer of technology as well as intellectual property in May 2015. It is likely Aselsan will use the technology to roll out a variant of the MRP for use on its own fighters. However, Aselsan’s acquisition clearly demonstrates that Terma is a route worth considering, at least from the angle of acquiring a modern photo-recon pod and being able to produce and maintain it domestically.

If integrated and marketed with the JF-17, the pod could open an additional layer of long-term commercial work for Pakistan Aeronautical Complex (PAC), especially in terms of lifecycle maintenance and upgrades. Moreover, integrating a pod of this nature with the JF-17 would imbue the PAF with a redundant solution to the DB-110 and F-16, which may end up being of immense benefit in case it becomes difficult to source additional units (or even maintenance and repair). The benefits of this route would be seen domestically and commercially.