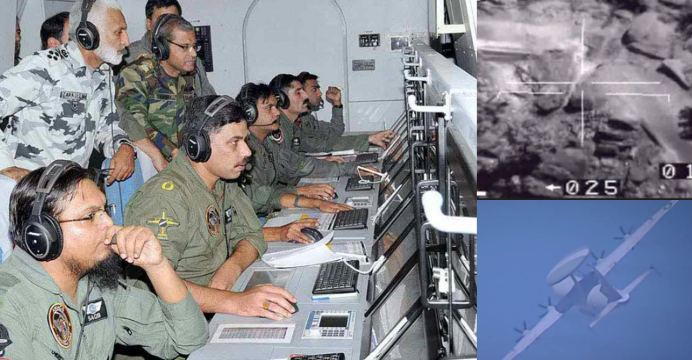 Command, Control, Communications, Computers, Intelligence, Surveillance and Reconnaissance (C4ISR) is a term commonly used to describe the idea of using a network to communicate and pass data between connected assets. These assets can range include aircraft, surface warships, armoured vehicles, ground stations, and even individual personnel. In the modern warfare environment, connecting new information to the right actors is vital to one’s capacity to survive and succeed on the battlefield. The reasons are obvious. Situational awareness at the tactical and strategic level are key, especially if one intends to properly understand a problem, and in turn, deploy the correct solution. Precise and objective decision-making can save lives, accrue gains, and win battles, which in turn can win wars.

The specifics will vary between scenarios and countries, but the core idea driving each country’s hardware choices, standards (for voice and data-transfer protocols), and deployments is the same: To build situational awareness by connecting new information to the right actors. Driving the process of building situational awareness are systems managing the flow of information and interaction between different assets. These systems are technological (via human-machine interface consoles) and organizational (e.g. delegating individuals or groups to preside over specific tasks).

The implementation of C4ISR typically centers on ISR [intelligence, surveillance, and reconnaissance] equipment (such as radars), voice and data communication technology, human-machine interface (HMI) consoles, electronic support measures (ESM) equipment, and information technology (IT) systems to process information from ISR and ESM equipment. This is not an exhaustive list by any stretch, but these elements are the most common in C4ISR. Moreover, the aspects described above can include a large number of individual assets, such as airborne early warning and control (AEW&C) aircraft, satellites, command and control (C2) stations on the ground (as well as in the sea and air), combat aircraft, people, unmanned aerial vehicles (UAV), and much more.

Like other modern militaries, the Pakistani armed forces also maintain a C4ISR system. The most visible elements of Pakistan’s C4ISR network include the Erieye and Karakoram Eagle AEW&C systems, but there is more at hand. However, over the past 10 years the Pakistani military has become sensitive about sharing information about its current C4ISR capabilities, and especially cagey about its future plans. Fortunately, Pakistani officials have offered hints in recent years about the armed forces’ C4ISR work. For example, Air Commodore Khalid Mahmood mentioned a national data-link solution, and the Pakistan Air Force (PAF) has openly discussed the Karakoram Eagle (KE)’s role in supporting maritime ISR operations.

It is possible a fair amount of detail will be disclosed during the upcoming IDEAS defence exhibition in Karachi, but until then, this series will offer a possible understanding of Pakistan’s C4ISR capabilities. Note, nothing in this article or in the series will be drawn from information not available to the public. While the analysis work in this series will offer some conclusions about Pakistan’s future C4ISR capabilities, please do not treat these conclusions as anything more than guesswork.

Pakistan’s C4ISR system could be understood as the implementation of core technologies, particularly ISR and communications. This article will offer a brief summary of each aspect, but over the next few weeks, we will review each part in greater detail. Note, neither this article or the series will offer an exhaustive technical discussion of C4ISR technology and concepts.

Sensors, such as radars, are perhaps the most visible aspects of C4ISR. AEW&C systems such as the Erieye and Karakoram Eagle play critical roles in providing the PAF and Pakistan Navy (PN) extended range radar surveillance coverage. In the simplest sense, these AEW&C systems provide early warning, just as a high-powered land-based radar would; but in reality, AEW&C are critically important pieces of network-driven battlefield operations. Moreover, radars are simply one aspect of ISR, and they function – alongside other sensors (such as electro-optical) – to observe the battlefield.

Communications is an integral component of C4ISR. The ability to exchange information as well as connect new sensory observations to the correct friendlies at the correct time is vital, tactically and strategically.

While high-speed and high-volume communication may not be a particularly difficult feat in the civil sector (thanks to fibre optics and saturated wireless networks), the battlefield space is a very different story. For one thing, militaries are heavily dependent on wireless communication, which in turn needs to be fast, powerful (in terms of range and penetration), and secure. This is not easy to accomplish, especially when one is dealing with fast moving assets or dense electronic warfare environments.

Tactical data-links (TDL), such as Link-16, use these core essentials to construct a ‘picture’ of the battlefield using information from sensors, such as radars. TDLs connectivity can be maintained between aircraft, surface ships, and ground-based vehicles.

Command and Control (C2) is technological and organizational. When looking at C2 technology, one might think about human machine interfaces (HMI), such as consoles, which are often found in secure locations, onboard surveillance aircraft and surface warships, and even integrated into portable systems. In terms of organizational aspects, militaries establish hierarchical structures whereby individuals and groups are empowered to make decisions, to access varying degrees of information, and undertake specific tasks.

“Intelligence” is a broad term, but it generally centers around the idea of gathering information. How this is done depends on the scenario, mission objectives, and tools employed. In common C4ISR structures, intelligence is often conducted using electronic support measures (ESM), which in turn is broken into electronic intelligence (ELINT), communications intelligence (COMINT), and signals intelligence (SIGINT).

Once we develop a grasp of Pakistan’s C4ISR capabilities and plans, we will take a look at what Pakistan could and ought to pursue in terms of future development. Areas such as development in space, future tactical platforms, and emerging warfare concepts will be explored.