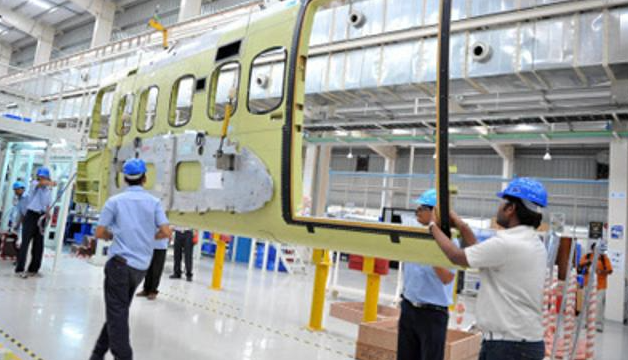 The Future of India’s Defence Industry

It is no secret that India’s immense and once burgeoning public sector defence industry has its shortfalls, particularly in terms of its inefficiencies, which have consistently delayed and inflated key military programs, most notably the Light Combat Aircraft (LCA) and Medium Multirole Combat Aircraft (MMRCA) in recent years. Despite a longstanding desire to be indigenously self-sufficient in terms of sourcing its military equipment, these inefficiencies have steered India into becoming one of the world’s leading arms-importers (with Russia, Israel, Europe and increasingly the U.S being its top foreign vendors).

That said, it would be incredibly disingenuous to conflate these inefficiencies, which are political and bureaucratic in nature, to the credible and evolving technology and industrial base within India today. In a sense India’s defence industry can be viewed as two parallel worlds. First, there is the world that is now widely known and understood, the world of Hindustan Aeronautics Limited (HAL), Defence Research and Development Organization (DRDO), and the Government of India. Second, there is the increasingly burgeoning world of India’s private sector defence industry composed of firms such as Tata Advanced Systems Ltd. (TASL) and TAL Manufacturing Solutions.

In the first world, the world that actually gave birth to and nurtured the Indian defence industry as we know it today, we have examples such as the LCA. Although initiated in 1983, the LCA still has yet to enter service with the Indian Air Force (IAF). The same tired story of delays and unsatisfactory results (if not outright technical faults) has become a risk inherent with some of India’s leading state-owned enterprises (SOE) involved in defence. One can write a book detailing how these inefficiencies came to being, but the point to take away from this article is that if one intends to depend on HAL and DRDO, they will run into problems, and these problems can be traced back to the bureaucratic culture burdening these firms.

This is not to say that all Indian public sector entities are marred by the same issues. I fully understand that some will cite bureaucratic inefficiencies as a reason for privatization or dismemberment, but that line of thought assumes that a public sector entity cannot be corrected or on track. The Indian Space Research Organization (ISRO), the firm leading India’s space satellite delivery efforts, is such a (competent and efficient) SOE.

On the other end, we have the world of TASL and TAL. These are not industry tadpoles, rather, they are high-tech vendors that companies such as Boeing are increasingly depending on in order to support their contracts with the Indian military. For example, TAL Manufacturing Solutions is the principal license manufacturer of ground support equipment for the IAF’s C-17. In support of the Indian Air Force’s recent purchase of AH-64 Apache, TASL will manufacture parts for the attack helicopter.

What TASL and TAL demonstrate is that the Indian defence industry is capable – from a technological and industrial standpoint – meeting rigorous and advanced system requirements, at least the level of producing parts and maintenance support infrastructure. These companies clearly have the groundwork and competitive motivation to continue advancing, and not only are they poised for meeting India’s needs, they may very well end up being vendors for foreign clients as well. Yes, it will take time before we could conceivably even think of a complete turnkey TASL solution, but unlike HAL and DRDO, the internal culture as well as capacity to accrue technological expertise and material means positions TASL et. al to succeed.

It goes without saying that support from the Indian military as well as access to the foreign vendors the former contracts in order to fulfill its needs will be critical in order for the private sector to succeed. While obvious, this point should not be taken lightly. One of the sticking points that eventually resulted in the collapse of the MMRCA was this very issue: Dassault was looking to contract Indian subcontractors of its choice (I imagine it was looking at the private sector), but HAL wanted to be the prime local contractor. One of the particularly troublesome things about a modern democracy is the culture of using public and state-owned property as a means to secure political support. In practical terms, it means ensuring that the jobs and benefits by a few people in one SOE (e.g. HAL) are protected and further bolstered by means of the military’s programs, which is basically what happened with the MMRCA.

For India the ideal scenario would be to see virtuous synergy between its government, armed forces as well as public and private sectors. This would be something similar to what we see in Turkey whereby these agencies actually work together – either as independent projects or collaboratively – to meet the needs of the Turkish armed forces. For example, a single program, such as the MILGEM corvette, could see collaboration from dozens of different public and private sector entities, each fulfilling a system requirement directly according to their respective expertise and capacities. What this will require from India is to actually separate Delhi’s political machinations from the country’s SOEs, and in turn, allow the clients of these SOEs (e.g. the Indian military) to hold these entities to account. Knowing India’s internal political realities, this is much easier said than done.