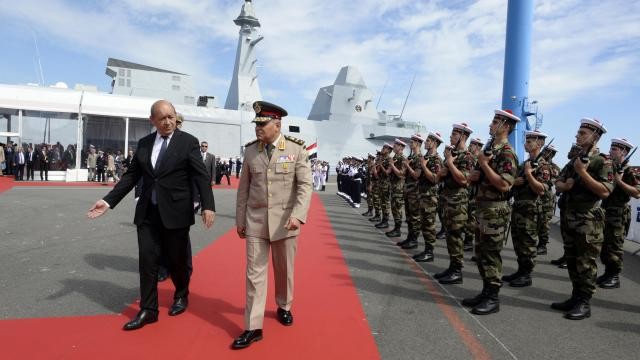 In the midst of political turmoil, the Egyptian military has begun entering a serious phase of modernization, not only in terms of acquiring new equipment, but in also enhancing its operational combat capabilities in significant ways. This is not to suggest that the Egyptian military was weak or incapable, but there were a number of glaring gaps in its capacities, particularly in its air-to-air capabilities relative to its regional neighbours, notably Israel. Not only have recent acquisitions from France begun rectifying these gaps, but they have also enhanced and extended a number of Egypt’s strengths, e.g. its abundance of advanced aerial platforms and credible air-to-surface strike capabilities. 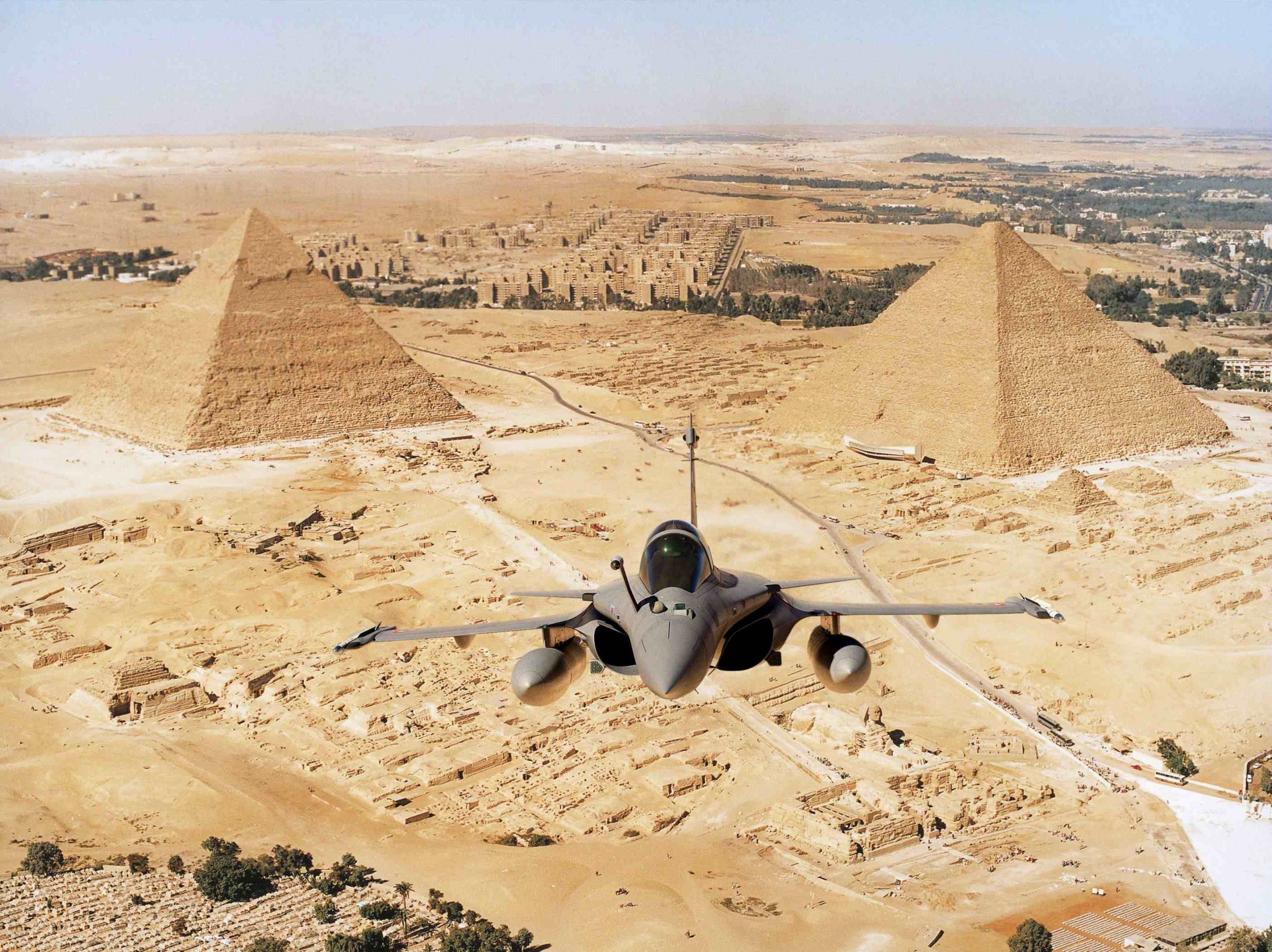 The Dassault Rafale flying over the Pyramids of Giza.

I explored this deal in some detail in a previous piece (link), but the short of it is that the Rafale program plugs in a very important hole in Egypt’s air-to-air arsenal, i.e. the lack of a modern BVRAAM. Although the EAF is the fourth largest operator of the F-16 in the world (with approximately 220 active fighters), the U.S did not release the modern active radar-guided BVRAAM AIM-120 for sale to Cairo, limiting the EAF to older semi-active radar-guided AIM-7 Sparrow series AAMs. Through the Rafale, the EAF was able to take delivery of the MICA-RF, a comparable (to AIM-120) radar-guided BVRAAM in use with the French Air Force (IHS Jane’s 360).

The Rafale deal also includes the transfer of a wide range of air-to-surface PGMs, though the most interesting among them is the MBDA SCALP or Storm Shadow air-launched cruise missile (ALCM), a standoff weapon that can allow EAF Rafale to strike targets at ranges of up to 300km (the maximum permitted range for commercially sold munitions under the Missile Technology Control Regime).

More broadly, the Rafale itself is a very capable and combat proven platform (directly comparable to the Eurofighter Typhoon and F/A-18E/F Super Hornet in service with Britain and the United States, respectively). Although Egypt ordered 24 of these aircraft, I believe that the extensive investment necessary to induct a new fighter platform, especially one as potent as the Rafale, will open the doors to additional orders in the coming years. But there is no doubt that the current batch (in service and on order) will form the nucleus of a potent multi-role strike-oriented force within the EAF. This force will not only be capable of extended range strike missions, but also be a credible threat in any air-superiority engagement.

In addition to strengthening its air force, Egypt is also in the midst of modernizing its naval fleet. The Egyptian Navy recently took delivery of a FREMM multi-mission frigate (Naval Technology) from France (ordered in February 2015 and named Tahya Misr). The 6000 ton frigate is capable of anti-ship warfare (AShW), anti-air warfare (AAW) and anti-submarine warfare (ASW) through the use of the Exocet MM40 Block-III anti-ship missile, medium-range Aster-15 (~30km range) surface-to-air missile and MU90 ASW torpedo systems, respectively. While the Tahya Misr does not include the vertical launch system (VLS) necessary to use long-range surface-to-air missiles (i.e. the 100km+ range Aster-30), the ship is certainly large enough to one day accommodate such a system should Egypt opt to pursue it in earnest. 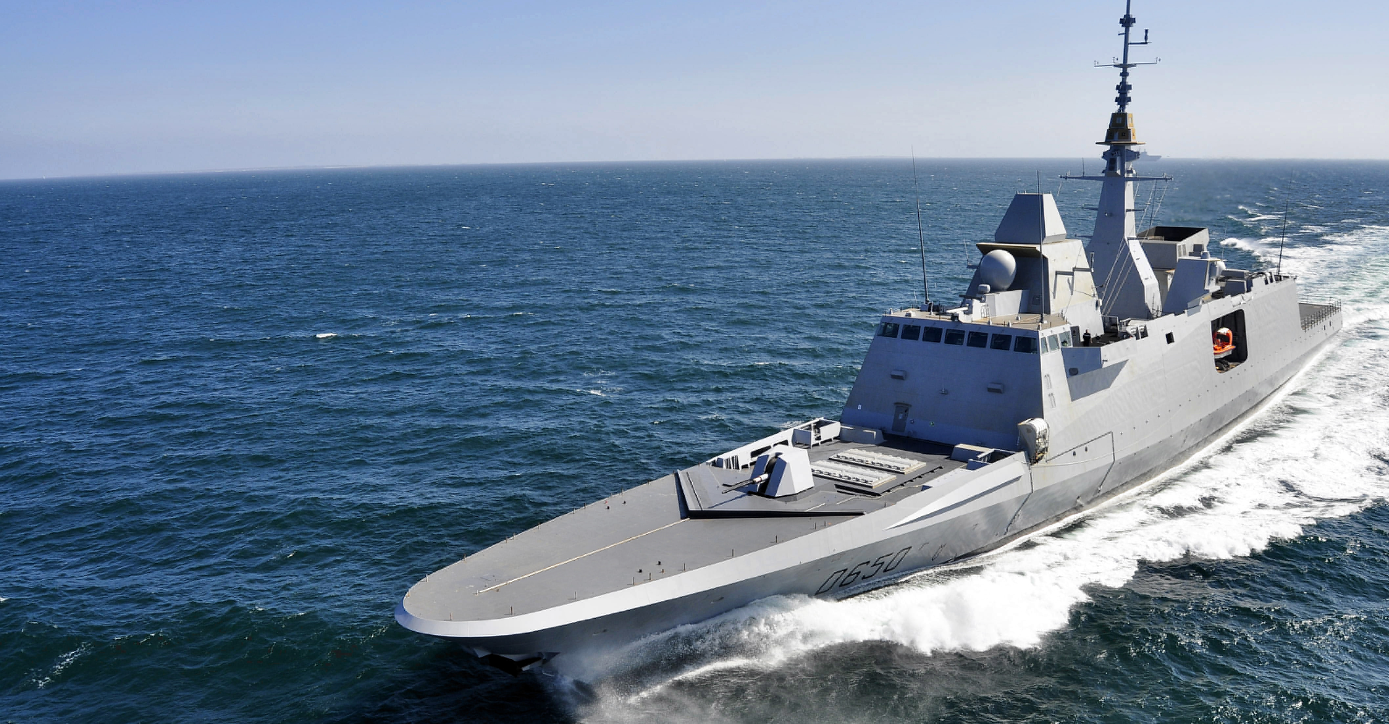 The FREMM multi-mission frigate designed and built by the French shipbuilding company DCNS.

Over the coming years the Tahya Misr will be joined by four (with an option for an additional two) French Gowind 2500 corvettes (DCNS). Three of the first four units will be built in Egypt under a technology-transfer agreement with France. With a displacement of 2600 tons, the Gowind 2500 could also be viewed as a light frigate, albeit with more limited warfare capabilities than the larger and longer-range FREMM. The Egyptian ships will be equipped for AShW (IHS Jane’s 360) as well as some kind of air defence system, likely a short-range air defence system (SHORAD) such as the VL (for vertical launch) MICA according to Jane’s (IHS Jane’s 360). It is not entirely clear if Egypt’s Gowinds will be equipped for ASW, but it would not be surprising if they are given that the ship was designed to be capable of it in the first place (Naval Technology). In 2016 the first of at least two (possibly four) new German Type-209 diesel-electric conventional attack submarines (SSK) will also join the Egyptian Navy, further bolstering Egypt’s ASW and AShW capabilities, and greatly improving its sub-surface force (which is currently maintained by four older Chinese Type 033 Romeo class SSKs).

A mock-up of the DCNS Gowind 2500 corvette/light frigate.

It is important to note however that while the aforementioned naval acquisitions will add to the Egyptian Navy’s overall capabilities, their focus is to supplant the country’s existing fleet of older ships. While significant, the above acquisitions (with the exception of the FREMM) were not unexpected (compared to the Rafale and its impressive weapons package). The true game-changing acquisition, if it comes to fruition, would be the sale and transfer of the Mistral class amphibious assault ship.

Two such ships were originally built for Russia, but could not be transferred due to the ongoing geo-strategic tension surrounding Ukraine. The Russians were refunded by France and the ships were put on sale. Egypt became one of the leading candidates for acquiring at least one of them (if not both). Negotiations between the French and Egyptian governments were even confirmed by French officials according to the Wall Street Journal (link). The Mistral is not a defensive system, it is a long-range deployment asset capable of housing as many as 16 medium-weight utility helicopters and/or dedicated attack helicopters, a couple dozen tanks, and several hundred soldiers (number varies based on the distance the ship needs to travel).

Why Egypt would even consider such a system is an important question. The answer may have to do with the unfolding crisis in Yemen. For the past several months the Gulf Cooperation Council (GCC) powers, led by Saudi Arabia, have engaged in heavy air-strikes against Houthi fighters in Yemen, and as a result, have also seen their efforts bogged down to an extent with losses (albeit limited compared to the numerical strengths of the imposing powers). Egypt is slotted to take on a more significant role in Yemen, particularly in the form of reportedly 800 troops being sent to that country (Reuters). It is possible that the transfer of the Mistral assault ships (which are essentially ready to join their prospective owner(s)) could be integrated within Egypt’s deployment doctrine within the short-to-medium term. In fact, Egypt already possesses a wide range of aerial and armoured assets such as the AH-64D Apache attack helicopters and M1A1 Abrams main battle tanks, respectively. Egypt could readily become a very effective western flank in support of the GCC powers.

Another question often raised is how Egypt is even managing to fund these programs, particularly the Rafale and Gowind purchases. While the reality of Saudi financial aid is there, it is also important to note that (at least in the case of the Rafale deal) that the French government in fact made it possible for Egypt to readily finance its new acquisitions. In fact, the French government basically made itself Egypt’s guarantor should Egypt fail to repay the banks it is drawing loans from in order to fund the Rafale program (Defense News). It could very well be that France’s liberal approach in this regard is being influenced by the possibility that Saudi Arabia and the other GCC powers (i.e. Kuwait and the United Arab Emirates) would support Egypt’s military programs through aid in some form.

With these acquisitions as well as the surrounding political climate in mind, one might ask if the Egyptian military is being set up to play a more significant role in the region’s affairs, particularly with regards to the issues facing the GCC powers. Egypt is already engaged in Yemen, but what direction this situation will lead Egypt remains to be seen. Nonetheless, the aforementioned programs are significant in terms of the enhancements they are poised to bring to the Egyptian military, and it would be strange to suggest that such a build-up would emerge from a void immaterial to the situations unravelling around this major battletested power.