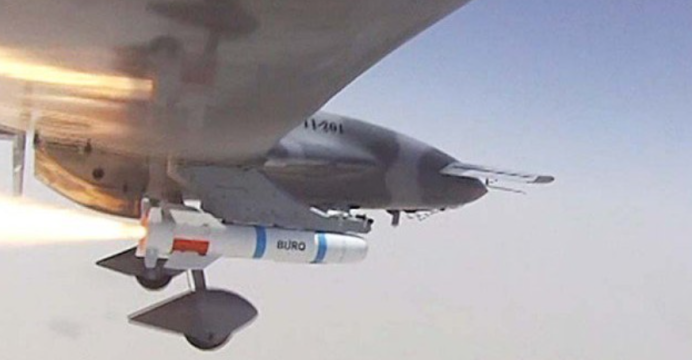 This is the Burraq’s second publicly recorded and officially acknowledged combat engagement. The first was in Tirah Valley during Operation Khyber-1 in late 2014. The Burraq was originally revealed in March 2015 and was noted for bearing stark similarities to the Chinese CH-3 UAV. The Burq missile is similar to the Chinese AR-1, which in turn is similar in concept to the AGM-114 Hellfire-II.

Burraq’s deployment would make Pakistan one of the very first countries besides the U.S to use armed drones in live combat. The Burraq AUAV and Burq AGM are produced locally in Pakistan by the National Engineering and Scientific Commission (NESCOM).

The use of armed drones have factored prominently in recent years, especially in the Pak-Afghan theatre where the U.S had extensively employed its Predator drone fleet to attack high-profile Taliban leaders. Pakistan had requested the Predator from the U.S on numerous occasions, but it was rebuffed. However, an alternative was eventually fielded in the form of Burraq, which in turn was likely propelled by advances in Chinese drone technology as well as the advent of China’s satellite network (BeiDou).