The Dangers of Ignoring the Navy
February 18, 2020 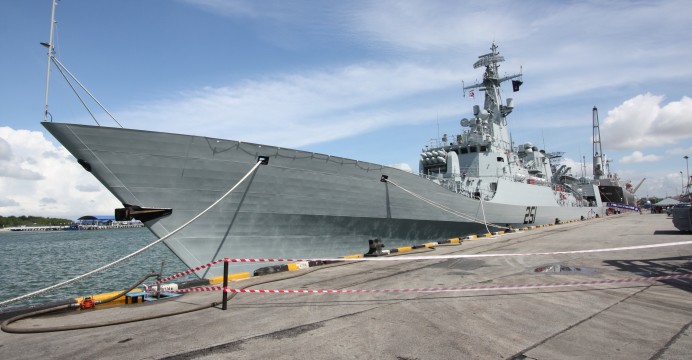 The Dangers of Ignoring the Navy

Muhammad Ali Ehsan, a retired Pakistan Army lieutenant-colonel posted a thoughtful piece on the Express Tribune the other day that I found quite interesting. Essentially a response to the Sino-Pak submarine deal (reportedly valued at $4 to $5 billion US), Lt. Col (R) Ehsan argued that the balance of Pakistan’s conflicts with India will continue to occur on land and in the air. More specifically, Ehsan was of the view that conflicts between the two neighbours would be confined to mostly low-intensity fights, and in some exceptional circumstances, limited war. Whatever the case, Ehsan was not convinced that the naval theatre would play a significant role in any future Indo-Pak conflict.

It would be erroneous on my part to claim that Ehsan’s view is without merit. The retired officer rightly pointed to past Indo-Pak engagements and sufficiently demonstrated that the naval war theatre was not of decisive significance for either side in any of the past conflicts. That said, I will have to be upfront and state, in no uncertain terms, that I strongly disagree with his opinion.

While it is certainly true that Pakistan need only defend a coastline some 1/6 or 1/7 the size of India’s, it would be disingenuous on multiple levels to assume that India would not utilize its now incredible naval advantages to stifle Pakistan from access to international waters. Not only does India possess the capacity, but it has every incentive to cordon-off Pakistan. Karachi, Pakistan’s leading port city is also its most populous and economically active city. To put that in more tangible terms, Karachi generates roughly 25% of the country’s Gross Domestic Product (GDP).

Given what we have seen from Operation Gibraltar in 1965 and Kargil in 1999, it would be short-sighted to assume that India would not escalate a low-intensity conflict into something greater, especially when it possesses a decisive edge in a war theatre (i.e. sea). Yes, a significant portion of a future Indo-Pak conflict will likely take place on land and in the air, but the naval theatre is as relevant, if not more. In fact, the lack of engagement over the seas in earlier wars could have easily been a result of the reality that neither India nor Pakistan possessed particularly capable naval fleets in the 1960s and 1970s.

Another issue I have with the piece is the underlying assumption that China would somehow factor into Pakistan’s future conflicts with India. It is important to understand that the China of today is vastly different from the China of the 1960s and 1970s. While today’s China has concerns about American encroachment in the Asia Pacific theatre, it is also highly integrated with the American economy. Its relationship with the U.S is in fact quite delicate and complex, and thus, it is incredibly unlikely that Beijing would do anything to instigate instability to its rather tenuous face-off with Washington. Moreover, an astute strategist should never assume the support of outsiders, especially in the case of Pakistan, which had already made that mistake numerous times with the U.S!

As for the remainder of Ehsan’s analysis, particularly the following part:

“We could go ahead and acquire a new Gerald R Ford class aircraft carrier at the cost of $12 billion, but does the defence of Pakistan warrant such a purchase and at what cost? Backbreaking poverty that countries like India and Pakistan experience is a result of increased militarism.”

Here is the thing, the Pakistan Navy is not buying a new Ford class aircraft carrier, but rather, it is trying to build a fleet that could sufficiently defend a critical lifeline of the country, its trade (and a quarter of its GDP). And yes, I do sympathize with the lack of development in the region, but I would not readily ascribe it to simply arms expenditure. Rather, I would point towards the systemic corruption and inefficiencies beset in both countries as the cause for the vast majority of lost developmental opportunities.

Secondly, I do not believe that a total of even 11-12 submarines (should the Sino-Pak deal come to fruition) would be enough, Pakistan would certainly need to augment that with a good surface fleet composed of 6-8 multi-mission frigates capable of area-wide (40-50km range) air defence, at least 4 anti-submarine warfare (ASW) focused corvettes, and a robust aviation arm composed of maritime patrol aircraft (with good ASW and ECM/EW capabilities) and potentially even maritime-focused fighter aircraft. Why and how I came up with the above will have to be left for an in-depth analysis for later, the purpose of this piece was to respond to the core points of Lt. Col (R) Ehsan’s analysis.