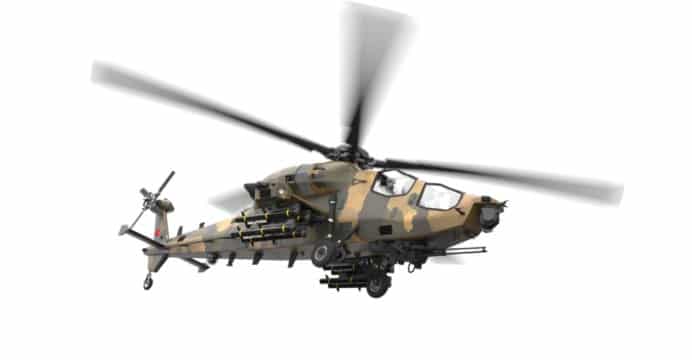 Turkey to Develop Another Attack Helicopter

But in an interview with GBP Aerospace and Defence, Turkish Aerospace's CEO Temel Kotil, said that the company is also developing a lighter 6-ton attack helicopter named T629.

Kotil did not provide any other details about the T629, but it is possible that this new helicopter could be a version of the T129 ATAK.

In this case, the goal could be to replace the ATAK's US engine, the CTS800-4A, with Turkey's indigenous powerplant, the TS1400.

But there is another possibility.

Turkish Aerospace could also develop its own equivalent to the AW159 Wildcat, which is a special mission helicopter.