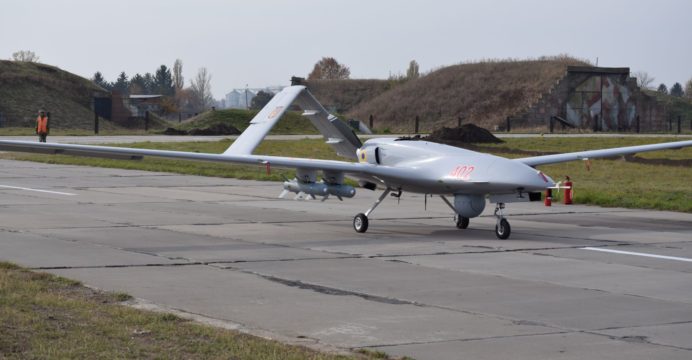 Ukraine ordered six TB2 UAVs from Baykar, a privately-owned company, in January 2019 for $69 million US. This was BAYKAR’s second TB2 order, the first being a sale of six TB2s to Qatar in March 2018.

According to Col. Taras Potyagach, the Head of the Unmanned Aviation Division of the Ukrainian Air Force, the drones will “conduct reconnaissance, provide targets to artillery units and carry out special missions with the help of high-precision weapons.”