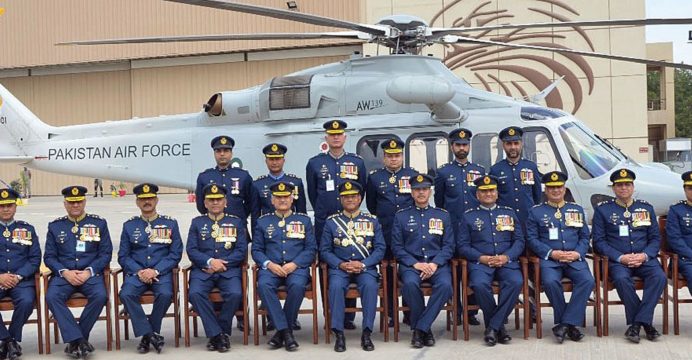 On 03 March 2018, the Pakistan Air Force (PAF) formally equipped the No. 88 Search-and-Rescue (SAR) squadron with two Leonardo AW139 utility helicopters. The No. 88 “Combat Support Squadron and Advanced Helicopter Training School” operates from Shahbaz Air Base in Jacobabad, Sindh in Southern Air Command. It is also equipped with a Russian Helicopters Mil Mi-171.

Lauding the induction, the PAF Chief of Air Staff (CAS) Air Chief Marshal (ACM) Sohail Aman stated: “[The] PAF, after an in-depth analysis of [available] search-and-rescue platforms … selected [the] AW139 as the most effective solution for [the PAF’s] requirements”.[1]

It appears that trials for the AW139 had taken place in 2015 and 2016, with the selection being made before the summer. In May 2016, British aviation journalist Alan Warnes reported that the PAF selected the AW139 in favour of the Lockheed Martin S-70 Black Hawk. In February 2017, Leonardo stated that Pakistan selected the AW139 as its “preferred new generation helicopter for [the] replacement of older types currently in service”.