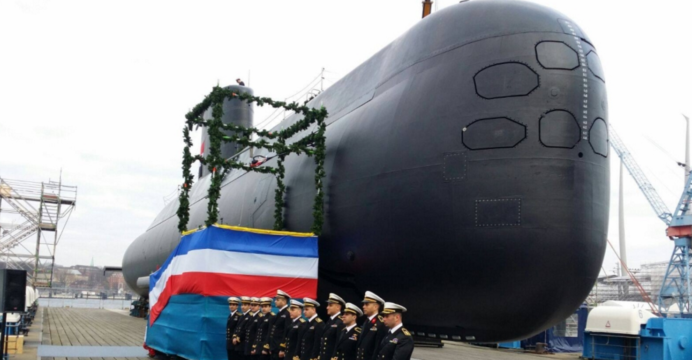 The S41 is one of two Type 209/1400s that were formally handed over to the Egyptian Navy in Germany in December 2016. Egypt has a total of four Type 209/1400 SSKs on order. TKMS disclosed the Egyptian sale in 2015, when it launched the first ship for sea trials. Cairo ordered the submarines in 2012.

The Egypt Independent reports that the second ship could arrive in Egypt as early as next Wednesday.

Although a legacy design, the Type 209’s maturity is still earning it new orders – Indonesia has three Type 209s (i.e. the Improved Chang Bogo-class) from South Korea on order.

The Egyptian Navy is undergoing a significant modernization phase. In tandem with the new submarines, it is also procuring four DCNS Gowind 2500 multi-mission corvettes from France, which will join a single FREMM frigate and two Mistral landing helicopter docks, also procured from France.

Collectively, these systems will improve the Egyptian Navy’s capabilities in key areas, most notably anti-access and area denial against surface, sub-surface and low-flying threats and expeditionary missions.