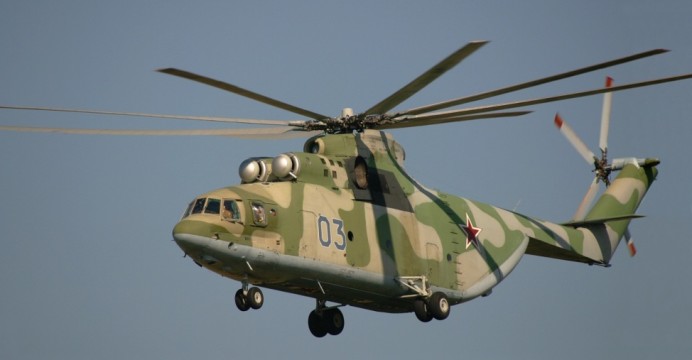 The Mi-26T2 is the latest variant of the Soviet-era system (which first flew in 1977), and it is equipped with the BREO-26 avionics system, allowing it to operate in adverse weather conditions and at night. The helicopter is capable of carrying as many as 90 soldiers (compared to 55 on the U.S Boeing CH-47 Chinook-series).

Algeria is one of Russia’s leading importers of military equipment, having bought $3bn US of arms since 2010 (SIPRI). Its major acquisitions include the Su-30, MiG-29, Yak-130 as well as a recent order of 48 Mi-28N attack helicopters.